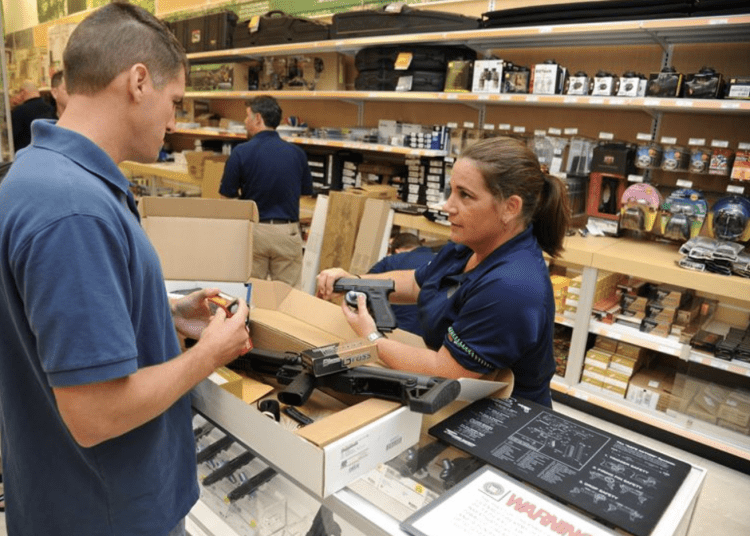 What a dichotomy for the progressive movement. They are using the coronavirus as an excuse to demand freedom for incarcerated inmates, yet in doing so, citizens are flocking to gun stores to arm themselves due to increased fears; freed prisoners being one of many.

Gun sales in April spiked by more than 70 percent from the previous year, with the purchase of more than 1.7 million firearms as concerns related to the novel coronavirus continued, recently released statistics show.

An estimated 1,797,910 guns were sold in April 2020 – a 71.3 percent increase from April 2019. March saw an even higher surge in sales, with 2,583,238 firearms sold – or 85.3 percent more than the previous year, according to data released late Monday by Small Arms Analytics and Forecasting, reported FOX Business.

A group spokesperson SAAF said the data also indicated a surge in handgun over long-gun purchases.

In a statement to FOX Business, he said the numbers showed, “the strongest April on record.”

“This shows us there is continued appetite among Americans to be able to provide for their own safety during times of uncertainty. These are buyers who have witnessed their governments empty prisons… Police departments are stretched beyond capacity in many cases. Law-abiding Americans recognize this and exercising their right to own a gun and defend themselves and their loved ones.”

As of last Thursday, there have been more than 16,000 inmates released nationwide, Fox News reported.