The transgender inmate identifies as a female but has male genitalia 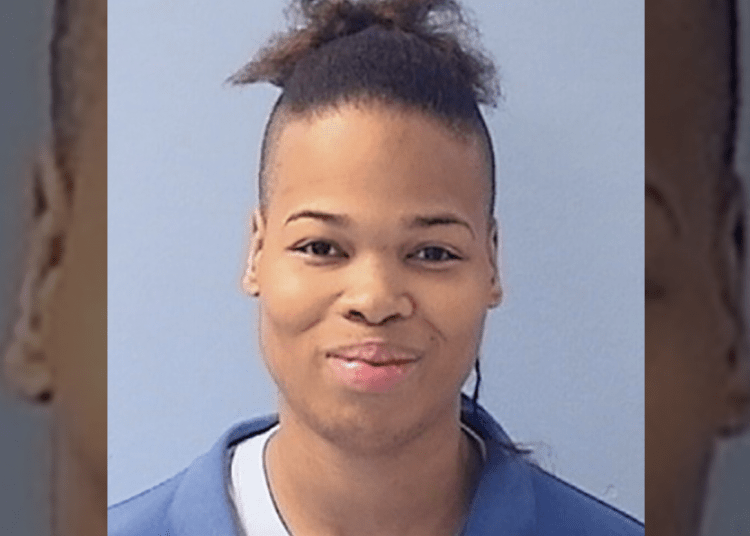 Transgender inmate Janiah Monroe, aka Andre Patterson, has been accused of rape by a female inmate. (Mugshot via Illinois Times)

LINCOLN, Ill. – A transgender inmate who self-identifies as a woman was sent to Logan Correctional Center from a men’s prison has now been accused of rape in a lawsuit.

The correctional center located in Lincoln, Illinois is a multi-custody level female institution that can house up to 2,067 female offenders.

Regardless of the rape allegation, the inmate remains at the women’s prison after the governor’s office reportedly overruled a move by corrections officials to return the biological male to a men’s facility, reported National Review.

The woman, whose name is not revealed in the lawsuit, also alleges Illinois Department of Corrections officials covered up the rape and punished her for reporting it, claiming the rape allegation was “false.”

“The transfer of transgender inmates from male to female prisons has been a contentious policy within IDOC,” the woman’s attorneys wrote in the lawsuit. “In an attempt to justify the transfers, Defendants [Todd] Sexton, [Beatrice] Calhoun, [Brent] Keeler and currently other unknown IDOC employees covered up the sexual assault of Plaintiff and tried to falsely classify it as consensual, to keep it from being considered a PREA [Prison Rape Elimination Act] violation.” Sexton and Keeler are correctional officers at the Logan prison, while Calhoun is the warden.

Alan Mills, head of the Chicago-based Uptown People’s Law Center, confirmed to Chicago’s PBS affiliate that one of his clients, Janiah Monroe, is a defendant in the lawsuit. Monroe, a biological male who identifies as a woman, has previously filed suit to be transferred to a women’s prison.

More than one Logan inmate has reported being sexually assaulted by Monroe, also known as Andre Patterson by the Illinois Department of Corrections, according to court documents. In a federal lawsuit aimed at forcing corrections officials to adequately treat gender dysphoria and improve care for transgender inmates, Dr. William Puga, head of psychiatry for the Department of Corrections, last year testified that Monroe wasn’t welcomed when moved to Logan last spring, Illinois Times reported.

“Dr. Puga received information that Monroe threatened staff and other inmates,” U.S. District Court Judge Nancy Rosenstengel wrote in a December injunction ordering the Department of Corrections to provide hormones to transgender inmates and cease making housing assignments based on genitalia or physical appearance. “Women at the facility filed complaints against Monroe under the Prison Rape Elimination Act; some were false but many were legitimate.” Puga also testified that Monroe stopped taking hormones after arriving at Logan.

“Transphobia exists everywhere, both out here on the street and in prison, so it’s not surprising that there are some people who feel uncomfortable with her presence in a women’s prison,” Mills said.

Apparently the female inmates wanting Monroe removed do not believe it’s transphobia, but a rejection of biological facts, which is considered denialism, a term almost never associated with this social dilemma.