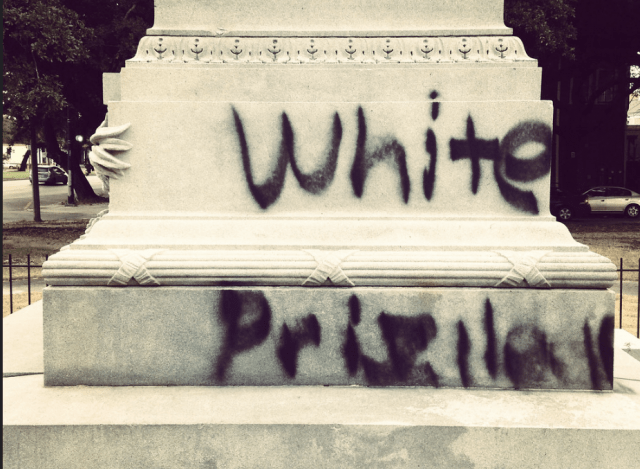 by Robert Weisskopf
in Editorial, Exclusive
254 8
0

I’m trying to work on an article and while doing some research today I find myself becoming more and more angry as I read through the news. I’m greeted by headlines that anger me with each word. Not so much for the story but for the slant and spin given by the media. There is no reporting there is no truth there is only the bias given by the news media and then there is the crass commercialism from some people.

It has gotten so bad that has-been Hollywood types are publicly proclaiming how sorry they are for having been born white in the hope this gives them some moment of publicity to re-ignite their floundering careers. I’m not sure if it helps them but who knows?

So, you understand where I’m coming from, I’m going to try a different angle on this. I am an author and would love to have everyone read my six novels and one cookbook. Actually, I really don’t care if you read them as long as you purchase them. If they sit collecting dust in your home that is your problem, not mine. Still, I hope my public announcement might get you to go to Amazon and order my books in either paperback or Kindle E-book.

I am here today to publicly admit I am a Universal racist, a misogynist, and am not ashamed of having been born as a white person enjoying the benefits that come with it. As a matter of fact, I find that until I get to know someone. I universally dislike all races, creeds, and political parties including my own. I have found it wiser to distrust anyone until they have proven themselves to me.

If they have proven they are decent people, with good morals, and a sense of humor I then make an exception to my bigotry and elitism. Until then, I will look askance at them while treating all who don’t pass my standards fairly and equally in my dealings with them. I will make no exception and will only allow someone to be in my group of friends after they have proven they meet my standards.

If I am walking down the street, I will not feel guilty for being careful when a group of rowdy young men pass me. I will also share the same caution regardless of their ethnicity or race because I dislike all of them until I have gotten to know the individual. Since I am racist it only makes sense for me to not trust any group of rowdy young men.

You might say who am I to judge. I am an adult with 63 years of experience. Thirty years of that as a police officer, so I am qualified to judge. I trust my common sense with this just as I don’t open unsolicited files online that may contain viruses or send money to foreign princes. Just because I look stupid doesn’t mean I am stupid.

As a misogynist, I will continue to treat women with disdain by holding doors open for them, walk on the curbside when I accompany one and try to pick up the tab at a meal. I know that is being disrespectful to modern women, but I don’t care.

Finally, I am supposed to feel bad because I am a male white. I know we are responsible for all the terrible things in life. But I just can’t find it in me to feel bad about something I had nothing to do with. I am a product of my parents. I inherited fair skin and thinning hair. They gave me nearsightedness in my brown eyes. I probably inherited some weight issues from them too.

So, is this working? Do you feel the need to now either ridicule or praise me for my admissions and grant me my moments of celebrity? If it worked remember you can buy my exciting sci-fi series and brilliant cookbook great for anyone new to the kitchen, online through the links on my web page or from Amazon. Please don’t feel compelled to read them. Purchasing them will be proof enough of my moments of celebrity. Thank you.

Robert Weisskopf grew up in Chicago. The son of a 33-year veteran Chicago Police Lieutenant. Bob was sworn in on February 14, 1983. Over the next thirty years he rose from Police Officer to Sergeant, to Lieutenant. He’s worked almost every job there is in Patrol and as a Sergeant, he was detailed to H.U.D. working undercover narcotics enforcement in public housing. As a Lieutenant he was the commanding officer of the CPD Alternate Response section commanding up to 300 officers. He became a member of the Lieutenants Union. He served as its president for six years, negotiating two contracts. He also served as Vice President of the Illinois Police Benevolent Protective Association. He’s a divorced father with three sons, Bob, Jim, and Patrick. He is the author of a series of sci-fi novels and a cookbook for single fathers. You can find links to his work and more at www.bobweisskopf.com.
Tags: bigotliarmisogynistracist