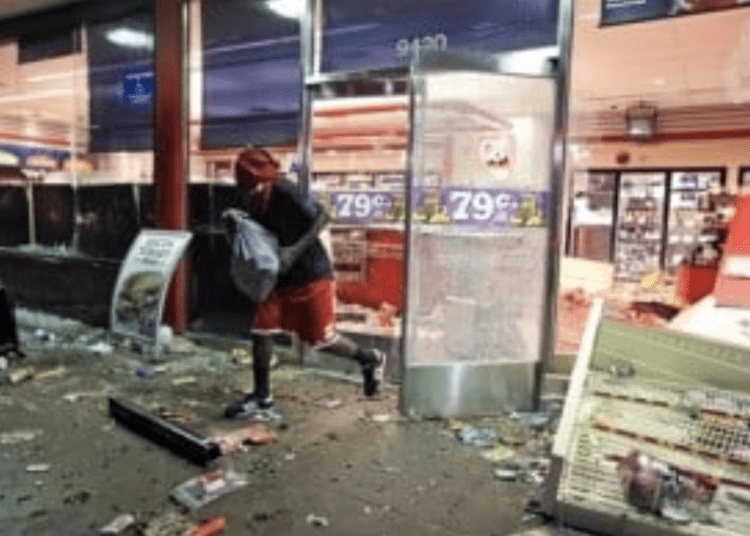 Experts are warning that using the term “looting” when referring to smash-and-grab robberies is a racist term. Lorenzo Boyd, a professor of criminal justice and community policing at the University of New Haven, and Martin Reynolds, co-executive director of the Robert C. Maynard Institute of Journalism Education, said the depiction of large-scale thefts and brazen burglaries at luxury retailers should not be labeled as looting.

“Looting is a term that we typically use when people of color or urban dwellers are doing something,” Boyd, a retired cop, told KGO. “We tend not to use that term for other people when they do the exact same thing.”

Martin added that “people draw their own conclusions” when certain wording is involved.

“The terminologies that you use are tethered to people’s understanding of how they have been used in the past,” he explained.

Boyd and Reynolds believe the term for these brazen burglaries should be “organized smash-and-grabs.”

Share and speak up for justice, law & order...
Tags: Californialootingracist