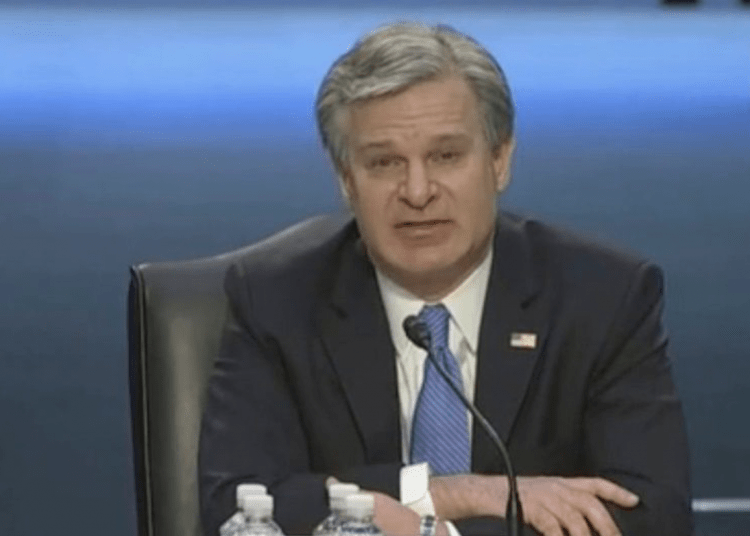 Washington D.C. – FBI Director Christopher Wray refused to disclose the cause of death of Capitol police officer Brian Sicknick on Tuesday, citing an ongoing investigation. As reported by the Daily Caller, Wray declined to say whether the investigation is a homicide investigation.

“There is an ongoing investigation into his death. I have to be careful at this stage, because it’s ongoing, not to get out in front of it,” Wray said in a Senate Judiciary Committee hearing when asked about Sicknick’s death.

Wray’s testimony shines a light on what we have been reporting here at Law Officer. Despite hundreds of news outlets reporting that Sicknick died after being hit with a fire extinguisher during the riots, there has been no evidence pointing to that as a cause.

Wray also gave vague answers when asked if investigators have determined a cause of death for Sicknick, an Afghanistan war veteran who joined the Capitol police force in 2008.

“So does that mean since the investigation is going on, you have not determined the exact cause of the death?” Iowa Republican Sen. Chuck Grassley asked Wray.

“That means we can’t yet disclose cause of death at this stage,” the FBI chief said.

IS THE DEATH OF OFFICER SICKNICK BEING USED AS PROPAGANDA?

OFFICER BRIAN SICKNICK WAS NOT BEATEN BY A FIRE EXTINGUISHER