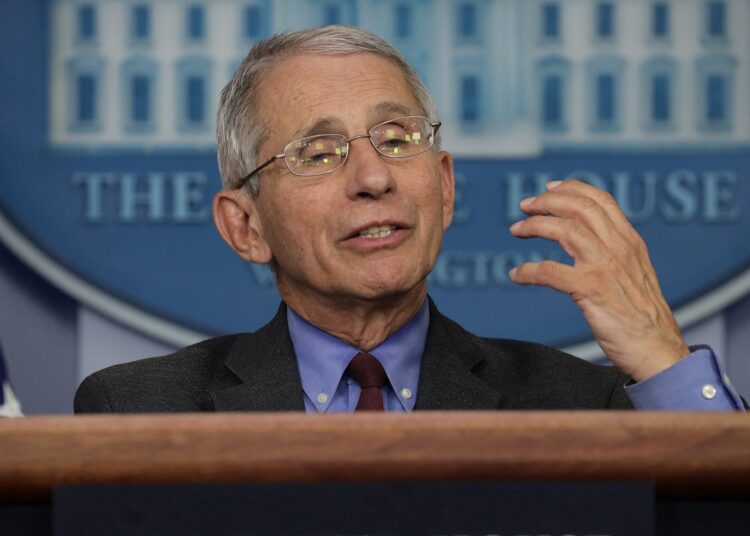 Being the longest and highest paid government employee certainly has its benefits. Dr. Fauci and his wife had $10.4 million in investments at the end of 2020, newly-released records show.

“Dr. Fauci was completely dishonest about his financial disclosures being open to the public,” Marshall said in a statement. “Dr. Fauci must be held accountable to all Americans who have been suing and requesting for this information but don’t have the power of a Senate office to ask for it.”

Fauci’s 2020 filing — not previously available to the public — details the finances of the nation’s highest-paid federal employee, who reportedly made $434,312 in 2020 and is on track for a $350,000 annual pension upon retirement according to the New York Post. 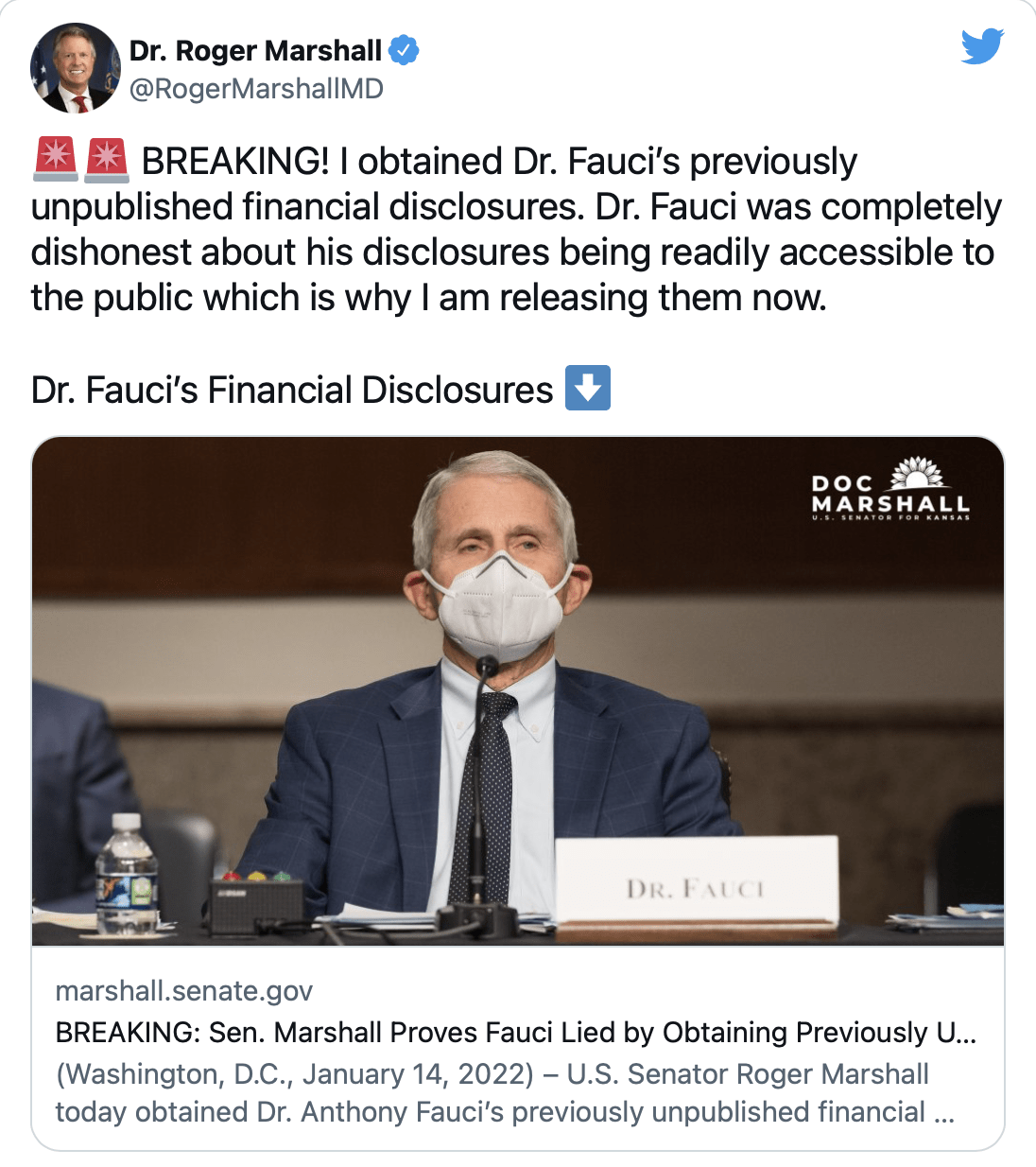 Some of the investments include Atlas large-cap mutual funds, Pimco’s investment-grade bond fund, and a tax-exempt municipal debt fund.

Fauci also reported a stake worth between $1,000 and $15,000 in Jackson Fillmore, a trattoria in San Francisco, within the district of House Speaker Nancy Pelosi. “The pasta dishes at Jackson are simple and straightforward, but taste like they are made with love,” an Infatuation reviewer wrote.

On the income side, Fauci was paid between $100,000 and $1 million in royalties by McGraw-Hill. And he reported $8,100 in honoria and travel reimbursements for virtually appearing at three galas.

Fauci’s finances received new scrutiny this week, after Fauci said the “misinformed” Sen. Marshall only had to “ask for” his 2020 disclosure, which he said was available to the public.

Fauci’s employer, the National Institutes for Health, turned over the documents to Marshall on Friday in response to a strongly-worded letter.