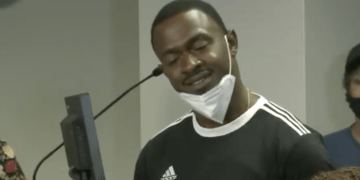 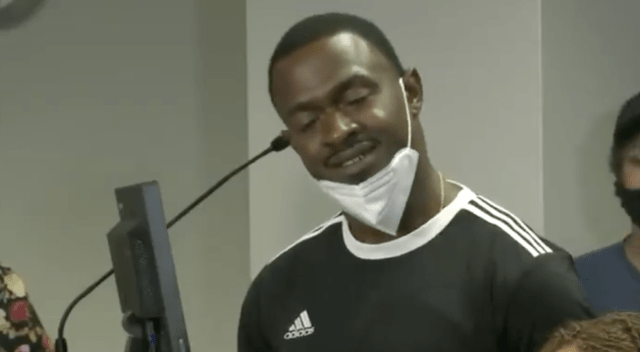 ATLANTA — The parents of 8-year-old Secoriea Turner, who was killed on Saturday night when a group of people opened fire on a car that she was traveling in, sounded off on their daughter’s death during a press conference on Sunday, and noted the seemingly empty words of Black Lives Matter activists.

“Officers said they responded to a 911 call near University Avenue and I-75/I-85 around 9:50 p.m. [on Saturday],” WSB-TV reported. “The location of the shooting was in a parking lot across the street from the now burned-out Wendy’s, which has been occupied by demonstrators since Brooks’ death at the hands of an Atlanta police officer.”

Police said the 911 caller told them they were heading to Atlanta Medical Center with the victim. The child died at the hospital.

“You can’t blame this on a police officer. You can’t say this about criminal justice reform,” Bottoms said. “This is about some people carrying some weapons who shot up a car with an 8-year-old baby in the car, for what?”

Turner’s mother and father appeared with Bottoms during the press conference where they expressed their feelings over the tragedy.

LET ME GET THIS STRAIGHT…

“They didn’t give us time to make a U-turn,” the girl’s mother, Charmaine Turner said. “They started shooting at my car before we could even make a U-turn. Shooting my tires out, like why?”

“But black lives matter,” the father appeared to say with sarcasm and pain in his voice.

“My baby was shot,” the mother said, appearing exhausted over the traumatic event, The Daily Wire reported.

“She would have been on Tik Tok dancing on her phone, just got done eating,” she said. “We understand the frustration of Rayshard Brooks. We didn’t have anything to do with that. We’re innocent. My baby didn’t mean no harm.”

Turner said at the news conference that her daughter died in her arms.

"They say Black Lives Matter. You killed your own." Secoriya Williamson, father of 8-year-old Secoriea Turner, addressed the public during a press conf. today after his daughter was shot and killed last night while riding in a car w/ her mother in Southeast Atlanta. @11AliveNews pic.twitter.com/odowRbSXsq

During the press conference, Bottoms also sounded off on the community and noted that they were doing more harm to each other than any law enforcement officer.

“We’ve talk a lot about what we are demanding from our officers in our communities,” Bottoms said. “We’ve protested, we’ve demonstrated, we’ve been angry, we’ve cried, we’ve demanded action. Well now we’re demanding action for Secoriea Turner and for all of the other people who were shot in Atlanta last night and over the past few weeks because the reality is this – these aren’t police officers shooting people on the streets of Atlanta, these are members of the community shooting each other, and in this case, it is the worst possible outcome.”

JUST IN: We just got these photos of 8-year-old Secoriea Turner, who was killed last night near the Wendy's where Rayshard Brooks died: https://t.co/U2niKwoxXF pic.twitter.com/GI9zpSlbLl

“We got to stop this,” Bottoms later added. “We are doing each other more harm than any police officer on this force. We’ve had over 75 shootings in the city over the past several weeks.

Bottoms said there were at least two shooters and begged anyone with information to come forward.

“I am just asking you to please honor this baby’s life,” Bottoms said. “If you know who did this, please turn them in. These people are a danger to all of us.”