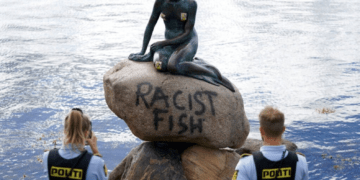 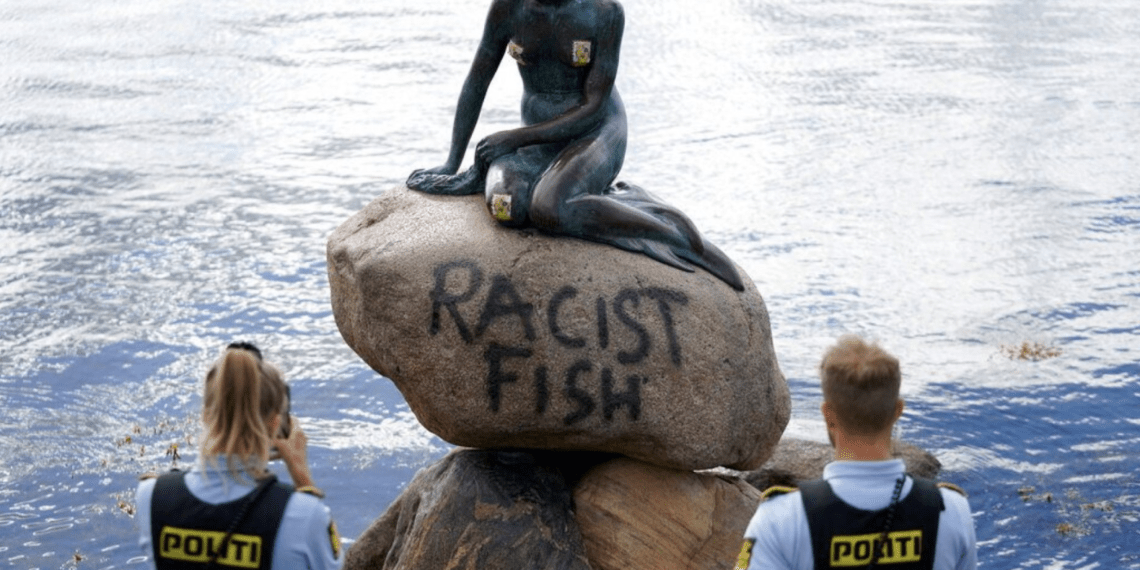 Police stand by the statue of the Little Mermaid, after it was vandalized, in Copenhagen, Denmark, Friday, July 3, 2020. (Mads Claus Rasmussen/Ritzau Scanpix via AP)

The famed statue of Hans Christian Andersen’s Little Mermaid, one of Copenhagen’s biggest tourist draws, has been vandalized with the text “racist fish.”

The words were tagged on the stone on which the oft-attacked 1.65-meter (5.4-foot)-high bronze is sitting at the entrance of the Copenhagen harbor.

No one has taken responsibility for the act, FOX News reported.

The statue was created in tribute to the Danish storyteller Andersen. According to the report, it is frequently targeted for acts of vandalism.

Rights activists on Thursday accused Danish officials of being unable to recognize racism after authorities said the killing of a biracial man by two white men was not racially motivated.