As an organ donor, Edenhofer was able to restore vision for two people and help 20 others with his cornea and tissue donations. 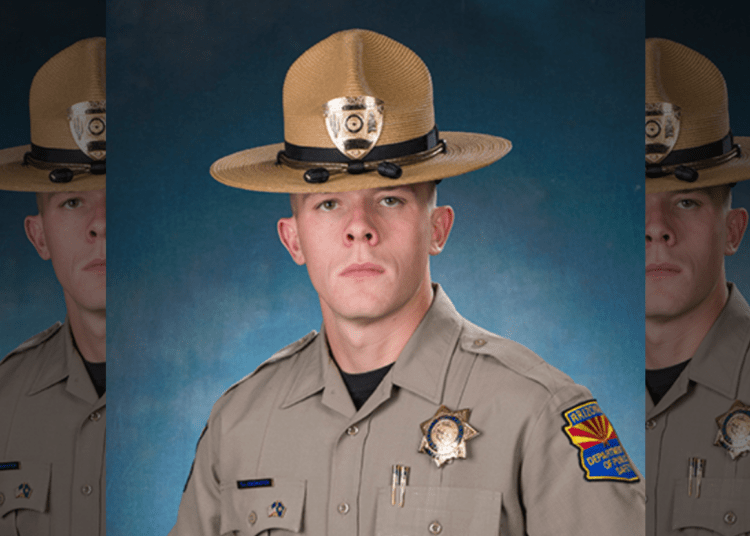 PHOENIX — Every New Year’s day about one million people from all over the world pack the streets of Pasadena, California for the Rose Parade. This year they’ll see one entry that honors an Arizona trooper’s ultimate sacrifice and his continued call for service.

One of the floats in this year’s parade is “Donate Life America.” It will feature a beautiful floragraph of fallen Arizona Department of Public Safety trooper Tyler Edenhofer. His image will be among 44 floral memorial portraits of organ, eye and tissue donors from across the United States adorning the float, KTAR reported.

His mother, Deborah Edenhofer, received a sneak peak of the floragraph as it was revealed for the first time on Wednesday at the Donate Life Arizona headquarters.

“He was so humble,” Edenhofer said of her son. “He wouldn’t want all this, but I know he definitely is honored.”

After viewing the image, she said, “It kind of felt like he was here.”

Arizona DPS wrote the following memorial for the fallen trooper:

As an organ donor, Trooper Edenhofer was able to restore vision for two people and help 20 others with his cornea and tissue donations, according to KTAR.

His mom encourages others to take the step and register as organ, eye and tissue donors.

“He’s still serving,” she said. “Other people can be the same. They can be heroes as well and save people’s lives.”