Murad Dervish was taken into custody in connection with the murder of University of Arizona professor Dr. Thomas Meixner. 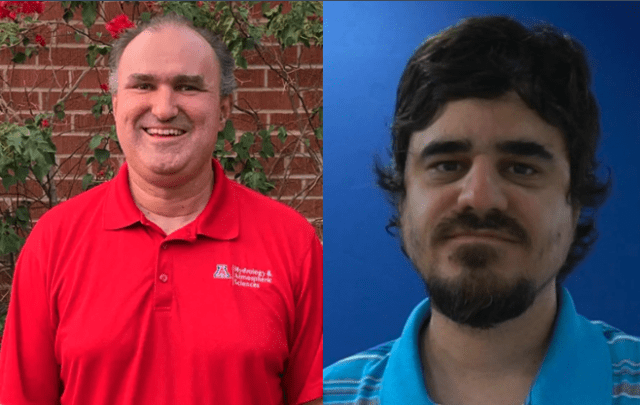 TUCSON, Ariz. – A professor at the University of Arizona was shot and killed at the main Tucson campus Wednesday afternoon. Law enforcement authorities confirmed that a former student is in custody for the homicide, according to reports.

University of Arizona Police Chief Paula Balafas identified the suspect as 46-year-old Murad Dervish. He was arrested by Arizona Department of Public Safety troopers at 5:10 p.m. after a traffic detention near Gila Bend, the chief said during a press conference, the New York Post reported.

Balafas said police received a call at 1:59 p.m. reporting Dervish, a former student, was in the John W. Harshbarger building. He was reportedly not allowed in that building, and the reporting party wanted him removed by law enforcement personnel.

While officers were on the way to the location, police received two separate reports around 2:06 p.m. of a person shot inside.

The gunman opened fire inside the Harshbarger Building at the university’s main Tucson campus, sending the school into lockdown for nearly 90 minutes before it was deemed safe.

The victim was rushed to Banner-University Medical Center, where he was pronounced dead, Tucson.com reported.

The homicide victim was later identified as 52-year-old professor, Dr. Thomas Meixner, according to officials. He was the head of the university’s Department of Hydrology and Atmospheric Sciences.

“This incident is a deep shock to our community, and it is a tragedy. I have no words that can undo it, but I grieve with you for the loss, and I am pained especially for Tom’s family members, colleagues and students. I encourage you to have compassion for one another and to care for yourselves and those around you during this difficult time.”

Dervish was captured by Arizona DPS on Interstate 8 in Gila Bend — more than 100 miles away — about three hours after the murder was committed, according to Tucson.com.

“Someone recognized the student and knew that he was not allowed inside the building,” Chief Balafas told the news outlet.

When police arrived moments later, the professor had been shot and Dervish was gone.

Another faculty member in the building when the shooting transpired told Tucson.com that he heard between seven and 10 gunshots.

Afterward, students and staff were told to shelter in place. The lockdown was lifted around 3:30 p.m., according to a university police update.

Limited details were available about the shooting, but police said it happened in an office, Fox News Digital reported. The relationship, if any, between the professor and the shooter was not disclosed.

Classes were canceled for the remainder of Wednesday as the school asked staff and students to depart the campus or remain in their dorms as they also offered grief counseling services to those in need.