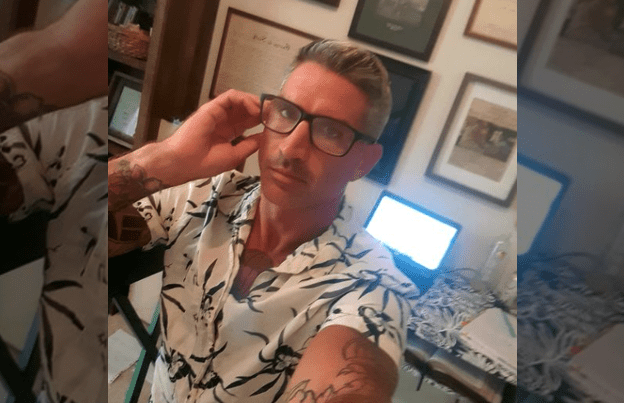 There is incredible work occurring behind the scenes to get Afghan allies to safety. (Eric Scharf)

Editor’s note: Eric Scharf is an Apache helicopter pilot in the U.S. Army. He previously served 12 months in Afghanistan. He is one of many people who’ve been tirelessly working behind the scenes to get interpreters and their families to safety as the lives of our allies are in peril after the Taliban takeover. The musings below are the latest update. Law Officer previously published “Sheepdog tells personal story of interpreter’s family making it out of Afghanistan,” which was one of his first reports.

Exhausted. Exasperated. Energized. Terrified. Ecstatic. Furious. Disappointed. Hopeful. And everything in between.

The last 10 … 12 … 14 … however many days it has been have been the apex of my human experience, a culmination of all that is good and terrible in our souls. Our families have had to beg us to eat, to sleep, to shower. But there is far more light than darkness.

“I have heard voices begging for help as the Taliban scream in the background, beating people and recklessly firing weapons.”

My Afghan friends and their children have thanked me over and over again just for trying. They have said “I love you brother” to me, as I fail and fail and f***ing fail—over and over again—to get them away from a horrifically imminent fate, a fate resulting from their willingness to risk all to protect my brothers and sisters in arms. (Note: bold italics are editor’s emphasis.)

I have heard voices begging for help as the Taliban scream in the background, beating people and recklessly firing weapons. I have heard babies cry, terrified. I have tried to console terrified Afghan women’s rights advocates, journalists, and politicians. I have received messages of children beheaded and pregnant women beaten, cousins and fathers kidnapped, soldiers executed—all for their association with the United States of America.

Our Afghans have stood for DAYS in shit filled canals with babies and children. They have sent me pictures and videos that you will NEVER see on the news—these same people picking up their loved one’s body parts from canals whose murky waters were turned red with blood following the cowardly and dastardly Abbey Gate terrorist attack.

“I have received messages of children beheaded and pregnant women beaten, cousins and fathers kidnapped, soldiers executed–all for their association with the United States of America.”

And yet they have continually asked me, as I sit safely in the United States in my house, free from the madness and horror, they have asked ME how I was doing. ME. The only thing that has kept me going has been their faith in me, and a few beaming pictures taken from a flightline as they prepare to leave the insanity of their homeland for the first time in their lives. There are no words to describe their suffering. I will try in the days that follow, but I will fall short. They have brought so much joy to my soul.

I have witnessed more heroism in a few days from American troops on the ground than I have in my 14 years in the military. I have never in my life been prouder of anyone.

Likewise, there are no words to describe the love in my heart that I have for the veteran community. We have cried, bitched, laughed, and most importantly relied on one another in ways so reminiscent of the times we spent together in Afghanistan.

No matter what happens, we will keep trying. We will never accept the fact that so many Afghans who have laid it ALL on the line to protect us, have been deserted. We will NEVER quit. And we most f***ing certainly will NEVER leave a fallen comrade.

So keep it up boys (and girls). This isn’t over. Stay hopeful. Keep working. What we do now will echo in all eternity.

We have been able to rescue nearly 30 more, though so many are still left behind.

Author’s postscript: We have been able to rescue nearly 30 more, though so many are still left behind.