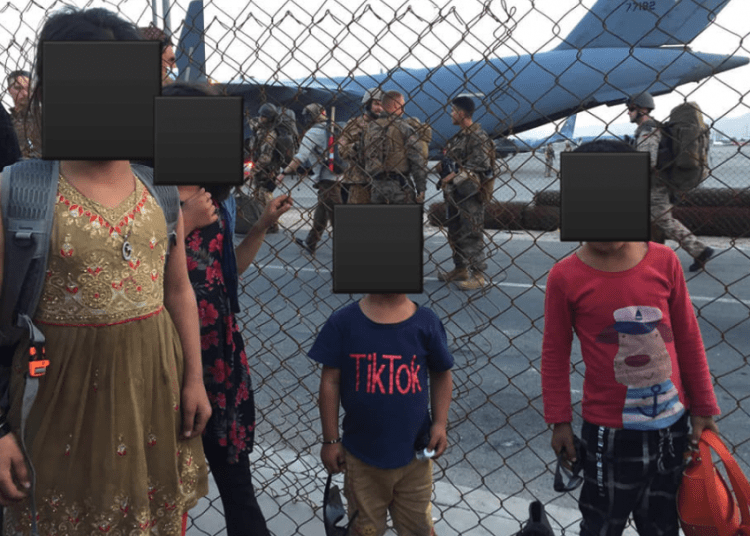 A family that assisted U.S. military personnel makes it out of Afghanistan. (Photo courtesy: Eric Scharf)

Military veterans, like police officers, are sheepdogs by nature. That is why so many vets become cops following time in the service.

Biased reporters do not fully understand the sheepdog mentality, and there has historically been room for improvement in the manner in which the messaging is presented by law enforcement.

Simply put, sheepdogs (military veterans/cops) strive to protect sheep (people) from the wolves (evil-doers). In fulfilling their God-inspired drive, veterans and police officers often become emotionally attached to marginalized people in need of help and protection. This is the aspect of being in the military and law enforcement that is almost always overlooked when reporters prepare stories.

As we’ve seen the tragedies unfold amid the Taliban taking control of Afghanistan in the past few days, the hearts of military veterans and police officers who have served on foreign soil since 9/11 have been collectively broken.

Without turning this article into political commentary, I simply want to highlight one short story of hope from a sheepdog who has served in combat to protect the innocent and shelter the downtrodden.

Eric Scharf is a U.S. Army helicopter pilot, and friend of Law Officer. He has experienced the anguish of someone who deeply cares about people, yet like the rest of us, is forced to helplessly watch the desperation unfolding in a foreign country that is now controlled by evil people.

With permission, Law Officer is sharing his brief, yet very personal (unfiltered) thoughts as it relates to one family who helped U.S. military personnel beyond measure.

WE DID IT!! My Afgan Interpreter’s brother, who has worked with American Soldiers and top tier agencies for the last 15 years and had his Visa held up for years because of bureaucratic bullshit, is safe and on his way to America with his children and wife!! The 82nd Airborne is doing a phenomenal job and this man and his family are so very grateful that “SSG Nick” and his PL put their asses on the line to listen to us and get them onto the airfield. I AM BEYOND STOKED! THIS IS WHO WE ARE AS AMERICANS!

One down, thousands to go. KEEP WRITING YOUR REPRESENTATIVES AND THE STATE DEPARTMENT. THEY OWE OUR ALLIES THIS.

Law Officer salutes Scharf, the anonymous Afghani family making it to safety, and all sheepdogs who’ve served in combat on foreign soil since 9/11.