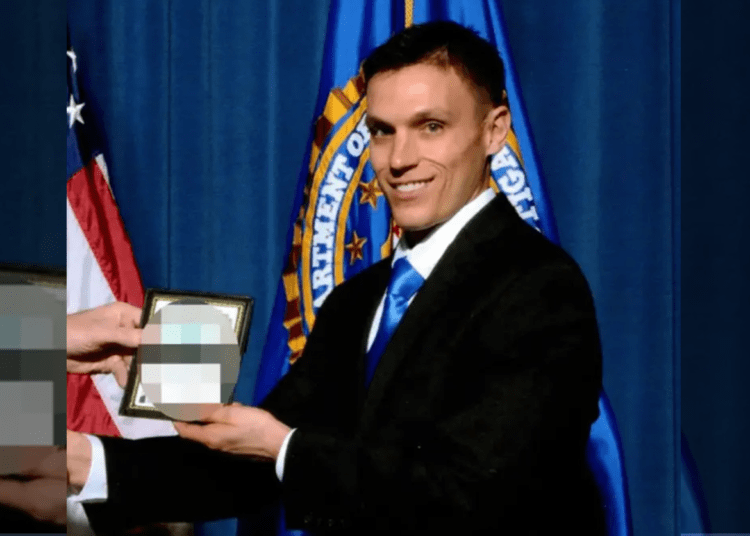 Whistleblower Stephen Friend was suspended from the FBI for refusing to participate in a raid on Jan. 6 suspects. (Courtesy Stephen Friend via New York Post)

A retired deputy assistant director, head of counterterrorism as well as five SWAT team members, are among thirty former FBI agents who have spoken out publicly in support of suspended FBI whistleblower Stephen Friend.

Their fervent opinions, obtained exclusively by the New York Post, show a deep and widespread concern about the manner in which the FBI has been politicized.

“It’s time to stop the FBI from being the enforcer of a political party’s ideology,” said Ernie Tibaldi, a retired agent from San Francisco. “We need to re-establish the FBI as the apolitical and independent law enforcement entity that it always was.”

Tibaldi expressed gratitude to Friend “for having the courage to stand up to the corruption that has taken over the leadership of the FBI.”

Tibaldi is not alone. Dozens of former agents described Friend, a SWAT team member in Florida, as a “hero” after he was punished for refusing to participate in what he believed to be unnecessary heavy-handed SWAT raids regarding Jan. 6 petty crimes.

Friend filed the whistleblower complaint with the U.S. DOJ Office of Inspector General. He asserts that the FBI has been manipulating case-file management in order to falsely inflate the threat of domestic terrorism, and using unconstitutional excessive force against political dissenters.

The former deputy assistant director of the FBI’s Counterterrorism Division, Terry Turchie, describes Friend as “a model example of what FBI agents nationwide should be.”

“Moral courage, leadership in the face of pressure, and true to the Oath of Office FBI agents take to defend the United States Constitution and protect America and its citizens.

“I am beyond proud to offer him my support in the decisions he had to make.”