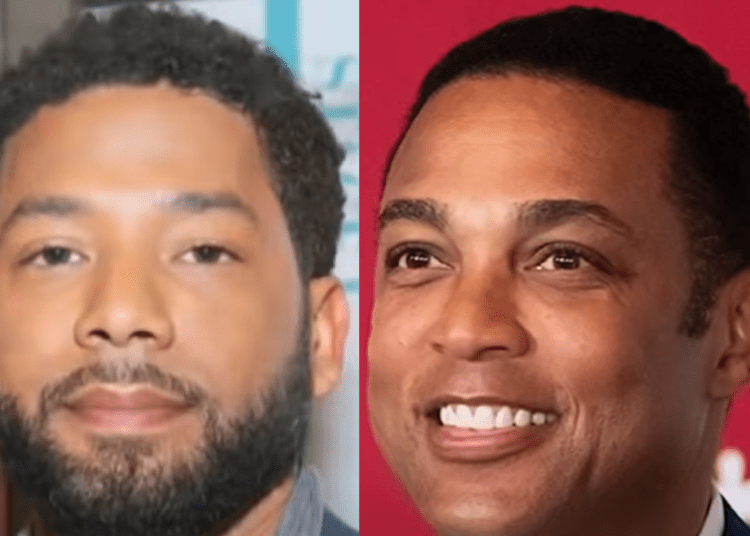 Television host Don Lemon of CNN is getting roasted for covering his friend Jussie Smollett’s trial on his late-night show while failing to mention his own key role in tipping off the “Empire” star that he was being investigated by law enforcement authorities.

Smollett, 39, testified on Monday and told the court that he first knew that police doubted his race-hate attack was real after getting a text message from Lemon, saying that was a deciding factor in his decision not to surrender phone records to detectives investigating his claims, New York Post reported.

The testimony quickly sparked comparisons between Lemon and his former CNN cohort Chris Cuomo, who was recently canned for his own meddling in his brother Gov. Andrew Cuomo’s sexual harassment scandal.

More activism by an “anchor” at CNN. The network needs to now address this publicly as well. These texts from Lemon to Smollett came during an active high-profile investigation. CNN mum thus far. https://t.co/2sWSMeM5bD

Even though Lemon reported the “latest news” from Smollett’s trial during his Monday night show, he made no mention of his own own interaction with the defendant, which obviously  played a crucial role.

Lemon’s straight-faced segment covering the trial without mentioning his own involvement sparked outrage online. He was called a “crook” by some and others said it was time for CNN to “bid him goodbye.”

“Please resign and salvage what you have left of your disgraceful career,” @Dale5Crypto said. “Just go away please people are tired of your lies and divisiveness.”

@donlemon Please resign and salvage what you have left of your disgraceful career. Just go away please people are tired of your lies and divisiveness. You serve no purpose. #donlemon #CNN #JessieSmollett #racism #MeToo #fraud #Hypocrite

“Really, @donlemon? Did you do for @JussieSmollett what @ChrisCuomo did for his sexual assaulting brother @andrewcuomo?” one person asked.

Really, @donlemon?
Did you do for @JussieSmollett what @ChrisCuomo did for his sexual assaulting brother @andrewcuomo? https://t.co/cQHNrsuq6r

According to the Post, another person also noted potential journalistic ethics issues as well as allegation that both men have been accused of sexual misconduct.

“If CNN is to be impartial they need to suspend Lemon until further review, but they wont because the blow back would be huge to suspend a black gay guy. A cis white male is so much easier to discipline,” another commentator wrote.

Meanwhile, Smollett also offered R-rated testimony on Monday in an effort to discredit star witness, Abimbola Osundairo, Law Officer reported. The accused actor testified that he had a gay sexual relationship with Osundairo, which conflicts with Osundairo’s prior testimony.