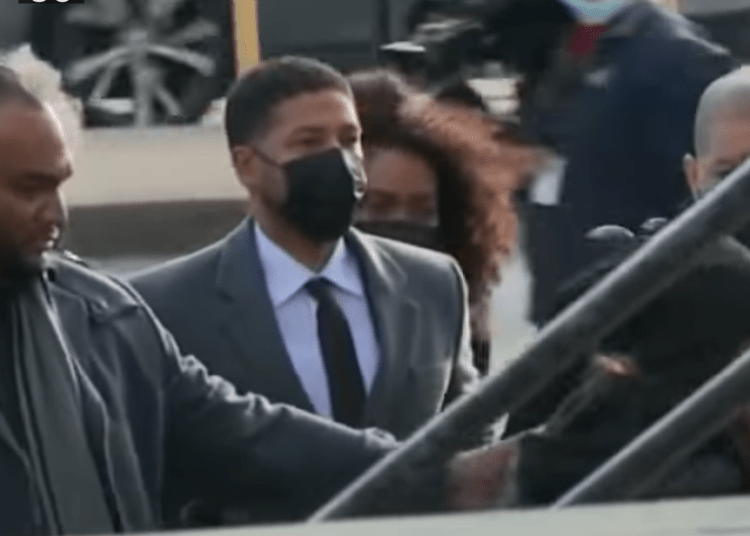 CHICAGO — Jussie Smollett took to the witness stand in his defense on Monday. He testified that he shared drug-fueled nights at a gay bathhouse and made out with one of the two brothers accusing him of staging a hate crime against himself. His testimony was apparently aimed toward discrediting the man, and even retaliatory to some observers.

Last week, Abimbola Osundairo was called to testify as the prosecution’s star witness in Chicago’s criminal court on day three of Smollett’s trial.

Osundairo, 28, told jurors how Smollett directed nearly every aspect of the alleged fake attack, from the racial and homophobic slurs he and his brother, Olabinjo, were to use down to who should throw the punches, the New York Post reported last week.

“He explained that he wanted me to fake beat him up,” Osundairo testified.

“I agreed to do it because most importantly, I felt indebted to him, to Jussie,” Osundairo said “He also got me a stand-in role on ‘Empire’ and I also believed that he could help further my acting career.”

While testifying, he said he was heterosexual and denied ever engaging in a sexual relationship with Smollett, who is openly gay. He was also asked about whether they’d masturbated together at Steamworks. Abimbola denied it, but acknowledged they’d gone to the spa together in the past.

On Monday, the former “Empire” actor was called to testify in his own defense on day five of his criminal trial.

Smollett, 39, described meeting Abimbola Osundairo at a nightclub in the fall of 2017 and doing bumps of cocaine with him, New York Post reported on Monday.

“We were in a club, you go to the bathroom, go to a stall, do a bump, do a bump and then just kind of keep going in and then we went to the bathhouse,” Smollett said.

While at the Steamworks bathhouse in Chicago’s Boystown neighborhood, the two men went into a private room where there was gay pornography on the screens, according to Smollett.

“We did more drugs and made out,” Smollett said, adding that there was “touching and things like that” but that the sexual encounter didn’t go further until their next trip to the bathhouse.

During that encounter, Smollett testified they masturbated each other.

“We went alone this time. We got a private room again, we did drugs and made out a little bit and this time, we masturbated together,” he said.

Smollett testified that on the night of their second bathhouse visit, he met Osundairo’s older brother, Olabinjo, at a female strip club earlier in the evening. “[Abimbola] was whispering like, ‘Let’s make a break’ and we left,” Smollett testified.

When asked about whether Olabinjo knew about the spa escapades, Smollett said, “The assumption was, of course he didn’t because we had to sneak out.”

So the day of Smollett’s licentious testimony appeared to be aimed at discrediting and impeaching Osundairo’s prior testimony. However, this comes from a man who gave an overly dramatic account of the allegations during an ABC interview with Robin Roberts in 2019. Almost everything he said is viewed to be a hoax by most people who are aware of the information that has been publicly disclosed as part of the Chicago Police Department’s investigation.

As a result, Monday’s testimony not only seemed to be directed at discrediting Abimbola Osundairo, but if the tall tale is truly a hoax, the testimony is viscous, retaliatory, and perjury.