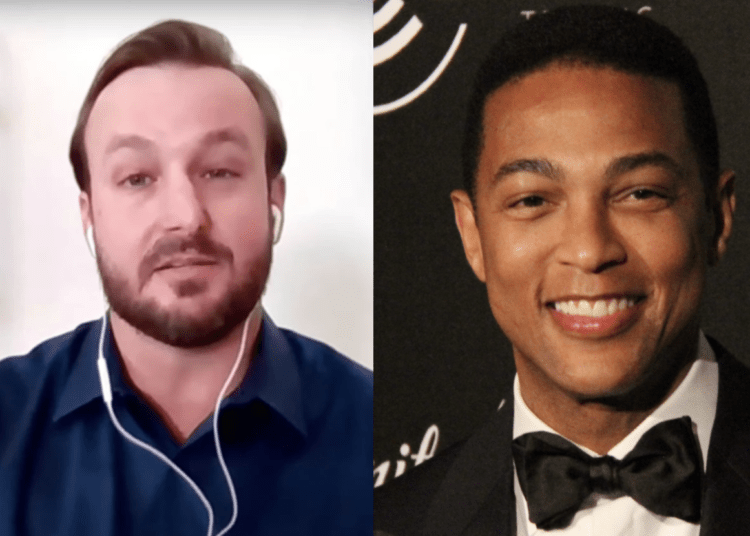 CNN’s Don Lemon has been accused of assaulting a man in a Hamptons bar three years ago. The alleged victim claims the behavior could be part of a “pattern.”

Dustin Hice is the accuser who filed a lawsuit against Lemon. The plaintiff made the comments on Monday’s “The Megyn Kelly Show.”

In the lawsuit, Hice claimed that Lemon put his hand down his own pants, rubbed his genitals and then shoved his fingers into Hice’s face.

“Anybody that acts like that in public without any fear of what it might do to somebody or the consequences it might have, that’s a pattern,” Hice told host Megyn Kelly as she questioned him about the behavior.

“I wouldn’t be surprised,” Hice added. “He’s protected by the fact that he’s African American, gay man on television and I’m just some nobody.”

Lemon is in a same-sex relationship, while Hice said during the interview he is heterosexual, according to the Post.

Hice, who was a seasonal bartender at The Old Stove Pub in Sagaponack, joined some co-workers after work and ended up at Murf’s Backstreet Tavern.

Hice recognized the CNN anchor and called to the bartender for two Lemon Drop drinks in a play on the host’s last name. Hice claimed he was “being cordial.”

“I didn’t mean anything derogatory towards it,” he told Kelly. “But as soon as he said, ‘I’m just trying to have a good time,’ I just walked away.”

Lemon’s attorneys claimed in a court filing that Hice taunted Lemon and “repeatedly yelled” across the bar. However, the CNN host declined.

Hice asserts that Lemon confronted him several minutes later, and launched his vulgar attack. The ex-bartender also claimed Lemon asked several times, “Do you like p—y or d–k” during the alleged encounter.

A CNN network spokesperson previously painted Hice as a CNN hater looking for a payday.

“The plaintiff in this lawsuit has previously displayed a pattern of contempt for CNN on his social media accounts,” the spokesperson told USA Today in a statement in 2019. “This claim follows his unsuccessful threats and demands for an exorbitant amount of money from Don Lemon.”

According to the Post, Lemon’s attorneys said in its response to the lawsuit that he “is often subjected to racist and homophobic harassment” and denied any assault.