Do better! Be better! 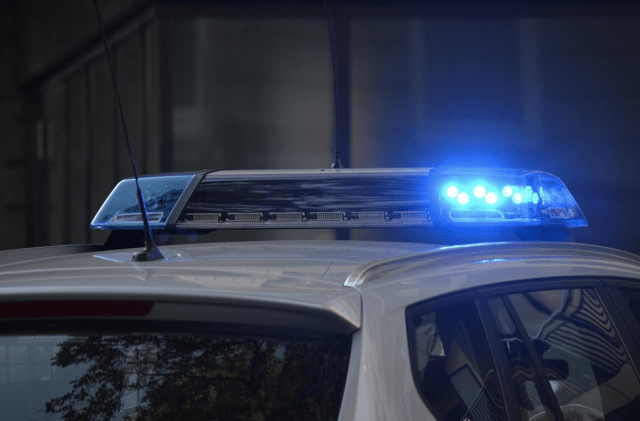 byCathy and Javier Bustos
Share and speak up for justice, law & order...

I am not naïve enough to think that my words will matter, but still, they must be said. I feel like millions of people just like me feel trapped in a country that we no longer recognize. A country so divided that we are near destroying ourselves from within.

One would think that the events of last week would be a breaking point. A critical moment in time when EVERYONE would reflect on their actions and might accept some responsibility for what happened at our nation’s capital. A moment where we would think about what led millions of people to believe their election was stolen and storm what should stand for our country’s democracy but instead, it only served to deepen the divide that will slowly destroy us.

I, like many others, watched in horror as the once peaceful protestors became spun up and sent out like a top onto the unsuspecting capital security and police. I watched as these same protesters rummage through and damage precious artifacts of our nation’s history. Was I a fool to be shocked? Perhaps! We watched it happen in cities across the country all summer, so why would I be surprised now? Did I wonder how this could happen? Absolutely! Did I think about what has happened to our country? Yes!

I have often written articles based on the emotion of what is going on at different moments in time. I wrote one when our country became further divided over the protest and rioting this summer when my friends were forced to defend their profession and race. I wrote one while watching my husband and many other people’s husbands, sons, fathers, daughters, wives, and relatives go to work every day and come home, beaten down, and disparaged. I’ve also written articles about mental health and what these current times are doing to our nation’s first responders each time, thinking this is as bad as it can get and be proven wrong.

On this day and every day, I give thanks for the millions of police officers who haven’t given up and thrown in the towel, who haven’t decided that being in real estate is a lot safer and less hassle than being a police officer, who still go out and fight evil in an often-thankless world. To the police leaders PLEASE take care of your employees! Good, mentally, and physically healthy police officers are all that stand between you and the next bad headline. Do better!

To the politicians on both sides- Get your act together! We see you and what you are doing. Start doing the jobs we sent you to do and start protecting and defending ALL of the citizens of this country. Make becoming a U.S Citizen an acceptable and achievable goal. This country was built by immigrants and continues to thrive as a result of our vast diversity. Start working on that system and fix it so illegal immigration is no longer a dividing line. Start addressing criminality instead of excusing it. Fix the criminal justice system. It needs lots of work but not the kind the country thinks. The police are not the problem! Fix the mental health system. We claim to care about our people and their humanity, yet thousands of Americans live in the streets. The capital city in Texas, much like other large cities, is surrounded by Americans living in tents begging for their next meal. We have politicians and celebrities clamoring for donations for other countries while our own citizens die in the street. If you call for defunding the police or reimagining the police without a forward-thinking plan of how that will look, you can’t then complain when they aren’t there, or you get less than quality responses. You can’t say that they are demonstrating too much force, and then when it’s tapered back, complain that it’s not enough or it looks different.

To the media- where do I start! Stop spinning hate; start telling the truth. The fact that we have news stations that only tell half of a story should speak for itself. The fact that our news is divvied out by which political party you belong to is a problem. Your information is not reflective of what is going on in the world. You show a live feed of cities burning while calling it a peaceful protest and then show other live feed and calling it anarchy and terrorism. No one is defending what happened at the capital. It was horrific, but words matter and yours are only serving to divide this country further. You claim to be fair and impartial, yet you censor the words of half the country. Your system is broken. Do better!

To the citizens of this great nation- You… we all deserve better than this! I agree, but we cannot let these failed systems divide us further. We must demand better and be better! Start by being better citizens, stop expressing hatred to people simply because they believe differently, start abiding by the laws. Hence, police interaction isn’t necessary; start being better mothers, fathers, so our next generation doesn’t have to face the impossible odds that we are now. The drug addiction epidemic, mental health issues, the criminal justice system, and even the media are systems that are all built the way they are because we are not being good citizens, we are not being good parents, and we are not being good people. Stop calling people names! If you are calling anyone anything other than a human being, you are wrong. Using terms like racist, homophobic, the right, the left, libtards, or any other derogatory names out there. Stop! It doesn’t make anyone want to look at things differently. Be Better!

I don’t write this with the pretense that I have all the answers or perfect because that is far from the truth. I write this because I love my country. I am heartbroken to see it in its current condition, and I feel we must act. By act, I do not mean storm a building or set things on fire, or steal other people’s belongings. By act, I mean every day be better; every day work harder, every day do something for your fellow human. Every day follow the laws as they have been written or work to change them, but they are there for a reason. We must ALL do better and be better. This issue is no longer an issue of the right or the left, this is an American issue, and it will take all Americans to change the course. If you read this and start blaming one side or the other, you are part of the problem. Stop it and start figuring out how to fix it rather than placing blame. Do better!

Let’s be the kind of Americans that are worth of the many sacrifices that have been made on our behalf!

Be better! Do better!

Cathy Bustos is a retired police lieutenant from Central Texas. As one half of “That Peer Support Couple, LLC” she is a strong peer support advocate speaking about surviving critical incidents and marriage. She can be reached by email: [email protected], their website: www.cathyandjavi.com Facebook, Instagram & Twitter.

Cathy and Javier Bustos are law enforcement officers in Central Texas. As "That Peer Support Couple, LLC" they are strong peer support advocates speaking about surviving critical incidents and marriage. They can be reached by email:[email protected] or www.cathyandjavi.com.