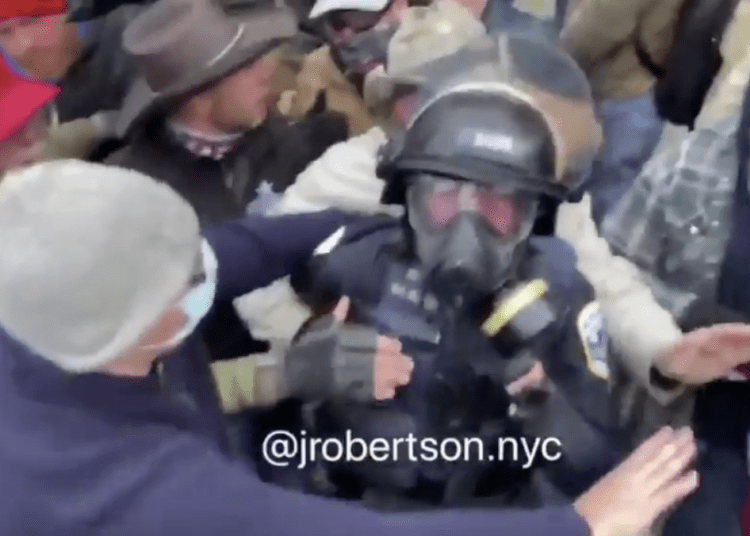 WASHINGTON — Disturbing footage from the US Capitol riot shows the moment a police officer was viciously attacked by an angry mob, according to a reports.

Ruthless rioters were caught on camera as they stormed the building entrance Wednesday and dragged a police officer down a staircase before trampling him and pelting him with objects, according to storyful.com.

After getting battered, the officer was left face-down on the ground during the chaotic scrum as violent protesters tossed a leg crutch and water bottles at him, according to the news agency.

At one point, a man appears to try to strike the officer with a long stick, near a line of police officers guarding the entrance of the building — but it’s unclear if he succeeds, New York Post reported.

Although he was wearing a helmet, the officer sustained blows to the head from members of the wild mob, according to storyful.com.

On Thursday, Capitol Police Officer Brian Sicknick died. There are conflicting reports regarding his cause of death, Law Officer reported.

The name of the battered officer was not known on Sunday.