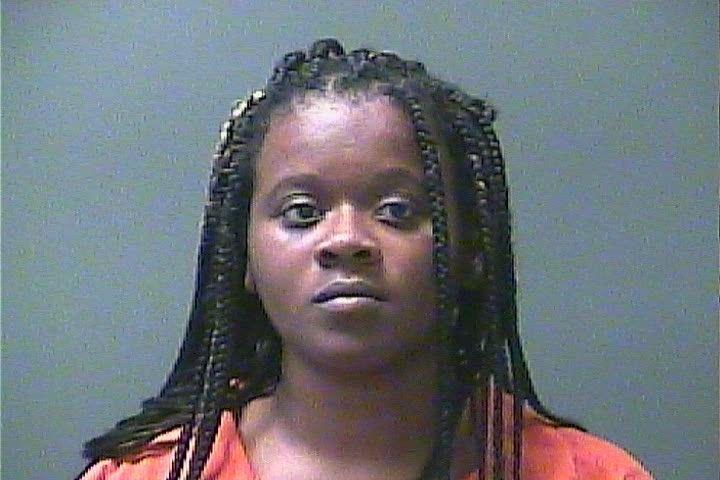 LAPORTE, Indiana — A 34-year-old woman is charged with shooting and killing her husband and then using an ax to partially dismember the body. Thessalonica Allen is charged with the July 27th murder of her husband, Randy Allen She then allegedly asked her two teenage children to drive the body to South Bend to be burned.

NWI Times reported that police received a tip Thursday that a murder had occurred at an apartment. Following an investigation, police determined that Allen killed her husband, Randy Allen. According to the charging documents, Thessalonica confessed to shooting her husband following a physical altercation.

The document claims that “she then admitted she had to cut Randy’s legs off because she wasn’t able to fit him inside the tote,” police said. “She stated she panicked and did not know what to do after she had shot him. She stated she used an ax to cut his legs off.”

The victim’s body was recovered in her daughter’s bedroom closet.

The children told police that Randy Allen was helping them do homework on the computer July 27 and came across a website their mother had visited, according to a court document. He confronted Thessalonica Allen about the website when she got home, and while the pair argued in a bedroom, the children heard a loud bang, court records state.

They saw Randy Allen on the ground asking for help and asking the children to call 911, police said. Thessalonica Allen told them not to call 911 and sent them to their room.

The children said their mother later woke them up in the middle of the night and asked them for help dragging Randy Allen’s body out of the room and into her vehicle, court documents state.

They attempted to help, but the man’s body was too heavy, court records state.

Thessalonica Allen come home the following day with cleaning supplies and an ax, police said. She asked for help dragging the body back into the bedroom, and they were awoken again that second night to help put Randy Allen’s body into a tote, court records allege.

It was then the children noticed the man’s legs removed, and other failed attempts were made to load the body into a vehicle, police said.

“The children stated that mom had plans to take the vehicle and body to South Bend and set it on fire,” according to police.

The children reportedly told police they did not see any physical altercation on the day in question and said Randy Allen had mentioned he planned to leave.

An initial hearing in the case is scheduled for Friday morning before LaPorte Circuit Court Judge Thomas Alevizos.

Share and speak up for justice, law & order...
Tags: indianalaporteNews