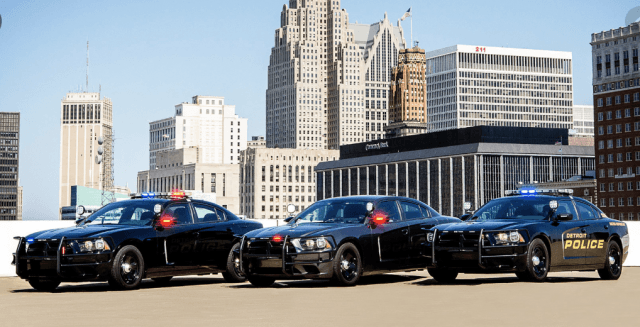 by Law Officer
in Investigations, News, Officer Down
247 10
0

Detroit — The Detroit sergeant who was suspended for his non-response to last week’s fatal shooting of Officer Rasheen McClain was fired five years ago for cowardice, but mysteriously got his job back.

Chief James Craig said Tuesday he’s investigating how Sgt. Ronald Kidd was returned to duty after an internal disciplinary board fired him in 2014. Craig said Kidd’s body-worn camera from that time showed him standing by while another Detroit police officer was assaulted, The Detroit News reported.

Moreover, Chief Craig said Tuesday that someone forged his signature on Kidd’s 2015 agreement, which lowered his punishment from termination for cowardice to a 65-day suspension.

“I wouldn’t have entered into that kind of deal, and when I looked at the agreement, someone signed my name agreeing to this,” Craig said. “Someone scrawled a signature, but that absolutely is not my signature. So I’m trying to find out what happened.

“I remember vividly the video of the female officer getting beat up. There’s no way I’d have signed that agreement.”

Even with the misconduct in his personnel package, Kidd was promoted to the rank of sergeant in June 2018. Craig said union rules mandated Kidd be put on the promotion list.

“If it was up to me, I wouldn’t have promoted him,” the chief said.

On Monday, Craig announced he’d suspended Kidd after the chief said he reviewed the Nov. 20 incident, which he said showed the sergeant  “sat in his scout car a block away while you could hear people screaming ‘officer down’ on the radio.”

Craig did not initially release Kidd’s name. But after multiple sources identified the sergeant’s name to The Detroit News, Craig confirmed it.

McClain’s death was the culmination of a series of shootings involving the 28-year-old suspect; a parolee whom police officials say was obsessed with a 16-year-old girl.

Craig said the suspect, who is in police custody after his parole on assault charges was revoked, appeared at the girl’s house on Wyoming two weeks ago. When he was told the girl wasn’t home, Craig said the man fired several shots into the house. No one was hurt.

Craig said the 28-year-old suspect returned to the home Wednesday, looking for a 16-year-old girl, and then broke into the house and holed up inside with a rifle, according to The Detroit News.

McClain and his partner, Phillippe Batoum-Bisse, responded at 7:30 p.m. after an occupant of the house called 911 to report the home invasion.

McClain called for backup and then led a team of four officers into the house to search for the gunman. As they descended the basement stairs, police officials say the man fired off two rounds, striking McClain in the neck and Batoum-Bisse in the left ankle.

Craig said Kidd’s body-worn camera showed “an unacceptable response from a supervisor” after the officers were shot.

“The camera shows that after the shooting, a group of officers ran to a location where they thought the suspect was hiding,” Craig said. “On the camera, you can hear (Kidd) saying to another officer, ‘They must know something. We should get cover.’

“So he sits in his car while all this is going on, and when he finally makes it to the scene, he makes that statement? That’s unacceptable,” Craig said. “What should have happened is, he should have joined those officers who were trying to arrest a suspect who’d just shot two fellow officers.

“The other brave officers are going after this dangerous suspect, who’d just shot two officers with a high-powered rifle — and instead of helping, Kidd stays back and says he should take cover,” Craig said.

Mark Young, president of the Detroit Police Lieutenants and Sergeants Association Union, did not immediately respond to requests for comment.

Attempts to reach Kidd by The Detroit News on Tuesday were unsuccessful.