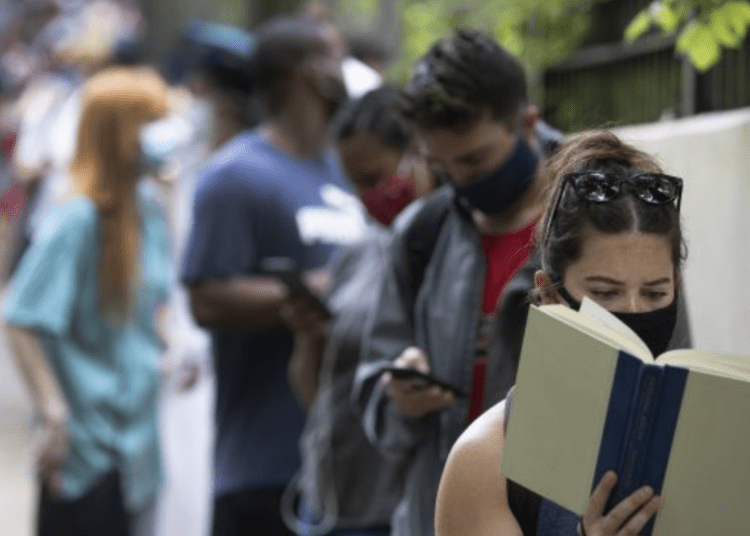 DETROIT — An election worker in Detroit as well as a GOP poll watcher allege that they witnessed potential voter fraud and suspicious conduct in sworn affidavits as part of an election lawsuit in Michigan.

“Election fraud lawsuit was filed in Detroit with affidavits alleging backdating ballots, no matching signatures. It includes an affidavit from a city employee claiming she was asked to backdate ballots,” national correspondent Matt Finn of Fox News reported.

NEW: election fraud lawsuit was filed in Detroit with affidavits alleging backdating ballots, no matching signatures. It includes an affidavit from a city employee claiming she was asked to backdate ballots:

“I processed absentee ballot packages to be sent to voters while I worked at the election headquarters in September 2020 along with 70-80 other poll workers. I was instructed by my supervisor to adjust the mailing date of these absentee ballot packages to be dated earlier than they were actually sent. The supervisor was making announcements for all workers to engage in this practice,” Jacob testified, according to the lawsuit.

“During the last two weeks while working at this satellite location, I was specifically instructed by my supervisor not to ask for driver’s license or any photo I.D. when a person was trying to vote,” Jacob added.

The lawsuit also includes a sworn affidavit from former Michigan assistant attorney general and GOP poll watcher Zachary Larsen, who said that as he oversaw the ballot counting process, election workers appeared to be counting ballots for “non-eligible” voters.

Last week, a Michigan judge rejected a lawsuit by the Trump campaign on the grounds that the campaign had not produced any evidence to back up their charges of voter fraud. This would appear to change the scenario.

Major media outlets called the presidential race for Biden over the weekend, most after calling the state of Pennsylvania for the former vice president after President Trump held a large election night lead.

Consequently, legal challenges brought by the Trump campaign in a slew of battleground states are working through the courts and aim to shift the outcome of some races.

Trump issued a statement after media outlets declared Biden the winner asserting that the presidential election was not final pending the outcome of his lawsuits filed in states such as Arizona, Pennsylvania, and Nevada, Daily Wire reported.

“The simple fact is this election is far from over. Joe Biden has not been certified as the winner of any states, let alone any of the highly contested states headed for mandatory recounts, or states where our campaign has valid and legitimate legal challenges that could determine the ultimate victor,” Trump said.