The city attorney has asked the court for a mulligan 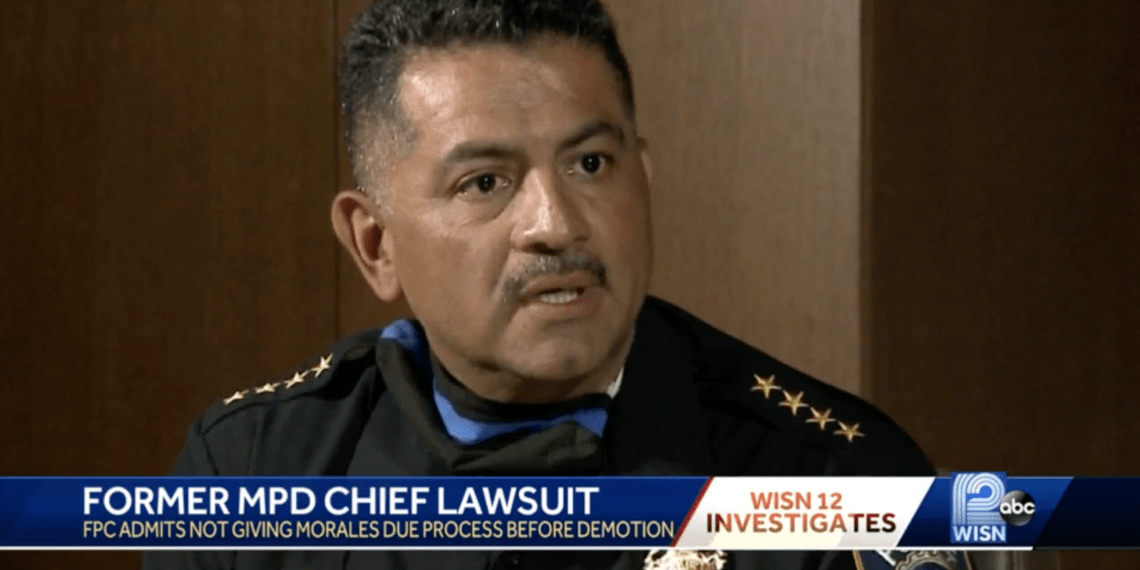 MILWAUKEE — Attorneys for the City of Milwaukee admitted former Milwaukee Police Chief Alfonso Morales did not receive due process when he was demoted by the Fire and Police Commission in August and asked the court hearing Morales’s claim to send the case back to the board for a full hearing.

“The City respectfully requests this Court remand the matter of Morales’s August 6, 2020 demotion to the Board for further proceedings to ensure Morales receives a full hearing consistent with the basic concepts of due process and fair play and statutory prescriptions alike,” Milwaukee City Attorney Tearman Spencer wrote in the brief filed Monday.

The filing is the first public response from the city to Morales’s legal efforts since the former chief filed the claim alleging breach of contract, denial of due process, loss of reputation in the community and future career opportunities, WISN reported.

He is seeking $625,000 in lost wages and legal fees following his August 6 demotion.

Morales, through his legal team, also alleged the FPC did not hold a hearing on Morales’s demotion or allow him to testify or dispute testimony or evidence supporting his demotion.

In his brief to the court, Spencer described Morales being denied due process as “a fact the parties do not dispute.”

“The city could not defend the decision to demote Morales and acquiesce in the fact that he is entitled to a hearing with due process rights,” Morales’s attorney Frank Gimbel said.

The commission voted unanimously in August to remove Morales, citing his decision to use tear gas and pepper spray on George Floyd protesters and other choices he had made, Law Officer reported.

Morales was demoted to the rank of captain, which he held before the board installed him as chief in February 2018.

Mayor Tom Barrett slammed the board’s decision, claiming that it was spurred by a “feud” between the police chief and a board member.

“Clearly there is a blood feud between Chief Morales and Chairman [Steven DeVougas],” Barrett said in August. “And I think it’s all really bad for our city and they both should be embarrassed.”

In July, several police agencies in Wisconsin withdrew their decision to assist Milwaukee Police Department during the upcoming DNC due to concerns over a possible lack of equipment officers would need, Law Officer reported.

The Wisconsin Police Executive Group (WiPEG) sent a letter to then Chief Alfonso Morales and other city leaders in early July expressing the concerns. Specifically, the letter highlighted the cancellation of a Milwaukee Police Department plan to purchase equipment to deploy chemical irritants, such as tear gas and pepper spray. The plan was canceled after objections by Milwaukee’s Common Council.

“We have the highest level of respect for Chief Morales, but we strongly disagree with the actions taken by the Fire and Police Commission,” WiPEG Chair Bill Lamb said in July.

“We believe that removing those tools from the available resources that law enforcement officers would have at their disposal if protests become non-peaceful will severely compromise the safety of the public and also the men and women that are going to be called upon to protect the Democratic National Convention,” said Lamb, who is also chief of the Fond du Lac Police Department, which was among those withdrawing.

Fire and Police Commission Chairperson, Nelson Soler, who was Vice Chairperson at the time of the demotion, seemed to be surprised at the revelation that Morales was denied due process.

“I just learned about this from the press,” Soler said in an email, deferring questions to Spencer.

Gimbel said he was still deciding with his client the next steps to take in the legal claim, WISN reported.

If the court sends the claim back to the FPC, it is unclear when a hearing would happen and what it would look like.

The timing also could potentially disrupt the current search to find Morales’s replacement. The FPC previously said it would select a chief by Dec. 3, when Acting Chief Michael Brunson plans to retire.

On Nov. 7, three finalists for the job participated in a public forum where members of the community got an opportunity to ask the candidates questions.

Adding to the confusion, FPC Executive Director Griselda Aldrete and Commissioner Raymond Robakowski have since left their positions with the commission. Robakowski supported Morales’s demotion.

While Aldrete did not have a vote in the demotion, she was also critical of Morales.

After their announced departures, Mayor Barrett, who appoints the Executive Director and the members of the FPC said the city needed to see fresh faces in the agency.

“No question about that,” Barrett said October 30.

Law Officer is the only major law enforcement publication and website owned and operated by law enforcement. This unique facet makes Law Officer much more than just a publishing company but is a true advocate for the profession.
Share—and speak up for law & order...
Tags: Alfonso MoralesFrank GimbelMilwaukee Police DepartmentNelson SolerTearman SpencerTom Barrett