The attorney was viewed by victim's as 'untouchable' 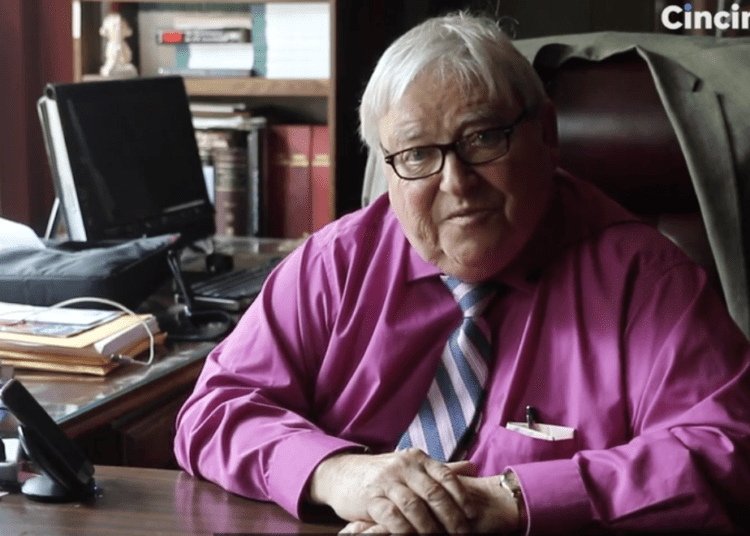 Michael Mearan has been charged with human trafficking. (USA Today)

CINCINNATI – For more than 15 years, accusers of Michael Mearan felt as if they were screaming into the void.

In voices both strained with emotion and seemingly hardened with trauma, they stepped forward – cautiously, with trepidation – to level their allegations: that Mearan, a former Portsmouth, Ohio, city councilman and still-practicing attorney, trapped them in a cycle of drug abuse and sexual servitude, according to USA Today.

They told their stories to agents with the U.S. Drug Enforcement Administration. To FBI investigators. To journalists with The Cincinnati Enquirer. The worst that came of it were the convictions of eight defendants who pleaded guilty to drug charges – and none of those eight were Mearan.

On Friday, everything changed. After decades of rumors and investigations, Mearan was arrested on human trafficking, racketeering and related charges. He was expected to be arraigned in Scioto County Common Pleas Court on Monday.

Mearan, 74, has denied having anything to do with trafficking, prostitution or drugs.

“If Dante were around, he’d invent an eighth circle of hell for this guy,” he told The Enquirer late Friday, hours after Mearan was arrested outside his Portsmouth office on 18 felony charges.

“His victims were utterly powerless. One of the problems with this case is everyone thought Mr. Mearan was untouchable. The victims were reluctant to come forward because they thought nothing would ever happen to him, but something could happen to them.”

Some women did come forward, however – including Heather Hren, who spoke with Enquirer reporters for an investigation that ran in two parts published in March 2019 and September 2019. She said Mearan had arranged for her to have sex with a Cincinnati doctor for $200 and arranged for a probation officer to take nude photos of her, among other allegations.

Mearan, she said, “trafficked me to his friends or pimped me out.”

Hren was one of 10 women initially interviewed by The Enquirer last year, most of whom asked that their names not be published. The newspaper also pored through hundreds of investigative documents, including arrest and court records, and interviewed an additional 50 people for the project.

The 18 felony charges Mearan faces include human trafficking and compelling prostitution. They stem from activity between 2003 and 2018 involving six women. If convicted of all charges, he faces more than 70 years in prison.

Mearan is lodged in the Scioto County Jail. The prosecution is a joint effort between Yost’s office and Scioto County Prosecutor Shane Tieman.