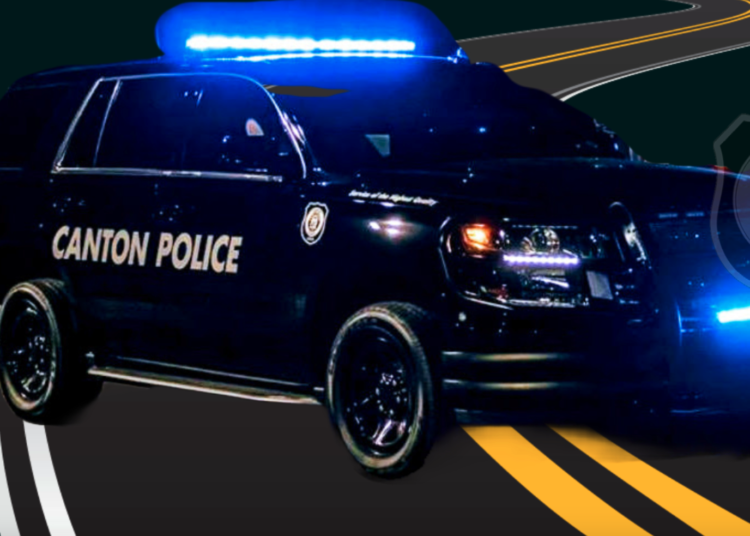 CANTON, Ga. — A traffic stop by Georgia police on Wednesday led officers to rescue a kidnapped 13-year-old girl as she was being taken to another state, according to authorities.

An officer stopped a 2014 Dodge Caravan in the city of Canton just before 10:25 a.m. after spotting a driver who was holding her cellphone. The driver was unable to produce a driver’s license or other identification, WSB-TV reported.

After running the registration on the Caravan, the officer discovered it had been reported stolen out of North Carolina.

During a subsequent search, police found 13 THC vape cartridges, three vape pens, a “THC Nerds Rope” and what officers described as “a large amount of lingerie” in the van, the Canton Police Department said in a press statement.

As a result of the circumstances along with the items that were located, police became suspicious and called detectives to the scene.

“After further investigation, detectives determined the female passenger was a 13-year-old juvenile, who was a victim of human trafficking and kidnapping,” according to the press release. “Officers and Detectives were able to determine the driver was transporting the victim to another state.”

The girl has since been reunited with her family, officials said. Further details were not immediately available.

According to police the female driver was arrested on the following charges:

On Friday, authorities said the 16-year-old teen suspect remained in custody at a regional youth detention center. It was unclear if she had been previously victimized in the same manner as the 13-year-old girl and whether authorities had leads that would implicate adult offenders running the operation.

“By taking a routine traffic stop and conducting an exceptional investigation, members of the Canton Police Department forever changed a young girl’s life for the better,” he said.