The ultimatum allegedly came from a female sergeant 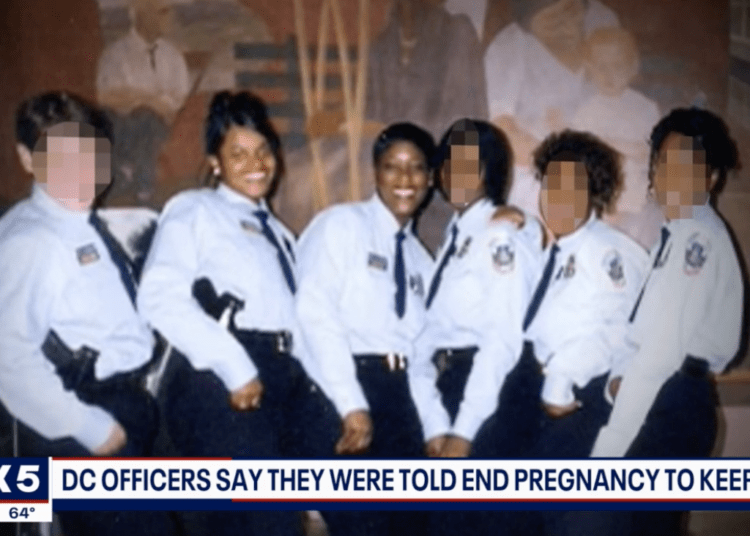 WASHINGTON — Assistant Police Chief Chanel Dickerson of the DC Metropolitan Police Department said at a community meeting last week that she was told to have an abortion or be fired when she was a cadet. Now, Karen Arikpo, a 24-year police veteran of the agency has also made the same claim.

Arikpo says she hadn’t spoken to anyone about the incident since it happened in 1997, when she was a recruit in the police academy, FOX 5 DC reported.

“I thought I could hide it,” she says of her pregnancy. “Just get through the academy and hide it.”

Her sergeant, an unnamed woman, gave the class a life-changing ultimatum.

“If we were pregnant we needed to get an abortion or we would be fired,” Arikpo said. “So later that day, I went and told my class sergeant that I was pregnant. And she said I needed to have an abortion.”

The female sergeant even referred Arikpo to a local doctor to have the procedure completed. The veteran officer says she has kept the secret since it happened.

“I just thought this was something I would take to my grave,” she told FOX 5.

Arikpo says she gained confidence to tell her story when Dickerson was vocal about the identical experience during her time as an 18-year-old cadet.

Arikpo regrets giving up her baby for the job. As a result, she’s reached out to Dickerson who expressed the same feelings.

Arikpo says she has endured fertility struggles after years of trying to get pregnant again, FOX reported.

“All these years, I’ve tried, and I’ve never been able to have a baby,” Arikpo said. “I did this for a job. And then to want kids and can’t have them. How do you tell people that?”

During Tuesday night’s community meeting, Dickerson said, “My choice to have a baby was personal and it should’ve been mine alone and not for an employer ultimatum.”

Dickerson and Arikpo were in the same recruit class in 1997. A male officer in that class has reportedly corroborated their story. They say the female sergeant who instructed the women to abort their pregnancies is no longer with the department.

Dickerson is now among 10 black women suing the department for $100 million claiming discrimination and harassment. However, her abortion claim is not part of that suit, according to FOX 5.

The department has made significant changes since Dickerson and Arikpo were trainees. Now, if a cadet becomes pregnant, the woman will continue the educational piece with a modified physical performance test, per guidance of a medical professional, the news outlet reported The cadet will also be placed in a future class to complete training.