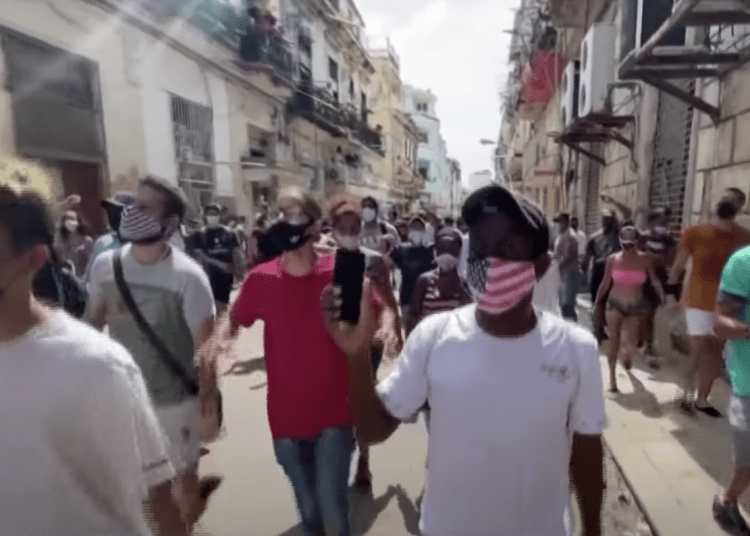 A Cuban artist blasted Black Lives Matter for its statement about Cuban protests, which are objectively viewed as supporting the Cuban government.

José Luis Aparicio Ferrera is a producer and director based in Havana, according to his Facebook page. On Thursday he posted: “For #blacklivesmatters all black lives matter, except Cuban black lives,” Daily Wire reported.

Aparicio Ferrera is one of several artists who publicly refused to create work for the regime:

“I will not enter my films in any festival or government sponsored event or write copy for any of their publications. I do not plan to participate in any official activities from now on. It’s not much, but it is what I decided.”

The big picture on #Cuba is that the regime is still alive,but it has been fatally wounded

An irreversible breach now exists between them & the people as evidenced by a growing list of prominent artists announcing they will no longer participate in government activities pic.twitter.com/KzZ3kPN78b

BLM has forcefully condemned the U.S. government for trying to “crush” the Cuban Revolution through its embargo. They allege the policy inhibits Cubans’ ability to choose their own government.

Perhaps BLM activists haven’t taken notice of the masses who’ve fled Cuba over the decades due to its tyrannical regime.

The Daily Wire highlighted a speech on the Senate floor Monday by Sen. Marco Rubio (R-Fla.) — a Cuban-American — in which he pointed out that the Cuban government is the source of the nation’s suffering.

“Why aren’t fishermen and farmers in Cuba allowed to fish or grow things and sell to people? It’s not the embargo that keeps them from doing that. It’s the regime,” Rubio said. “Why can’t Cubans own a small business? Why can’t a Cuban do in Cuba what they can do in Miami, what they can do in Washington, what they do in countries all over the world?”

“The extortionist ring known as the Black Lives Matter organization took a break today from shaking down corporations for millions & buying themselves mansions to share their support for the Communist regime,” Rubio later said on Twitter in response to Black Lives Matter’s statement condemning the U.S.

It’s not unusual to see protesters in Cuba wearing American face coverings or waving the Stars and Stripes. This led to some political satire suggesting the U.S. and Cuba should exchange protesters and both countries might be more peaceful.

Is it satire or truth?