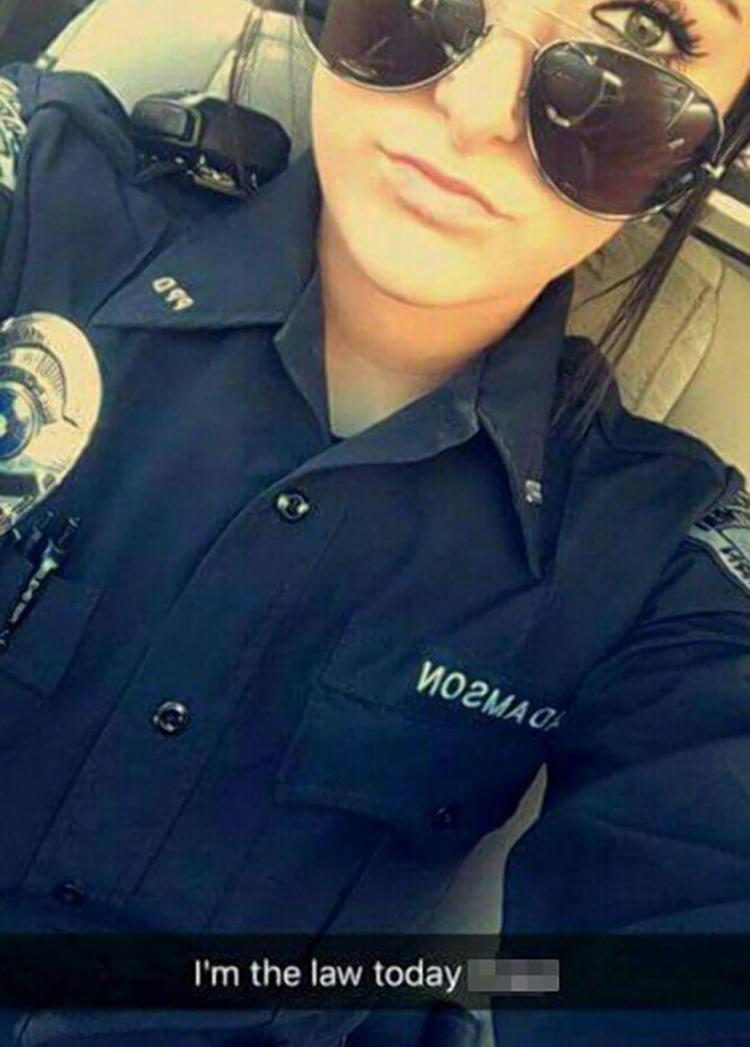 A police officer in Pennsylvania is out of two jobs after posting a picture of herself in uniform to social media and using a racial slur.

McKeesport Mayor Michael Cherepko said the white officer, identified in local reports as Melissa Adamson, was a recently hired part-time officer who was training as a probationary employee. The image, which was posted on Snapchat and made its way to other platforms, showed Adamson taking a selfie in uniform with the caption: “I’m the law today nigga.”

“This post displays a degree of conduct and character that is far different from what I would expect from an officer in this city,” Cherepko posted on Facebook.

Adamson said that she’s “not a racist” and apologized to anyone she offended.

“Everyone knows that I don’t have a racist bone in my body,” she told WTAE.com. “And people who don’t know me, I can understand why it was misconstrued to where it looks racist. But like I said, everyone who knows me knows I’m not racist.”

Share and speak up for justice, law & order...
Tags: Newsracist