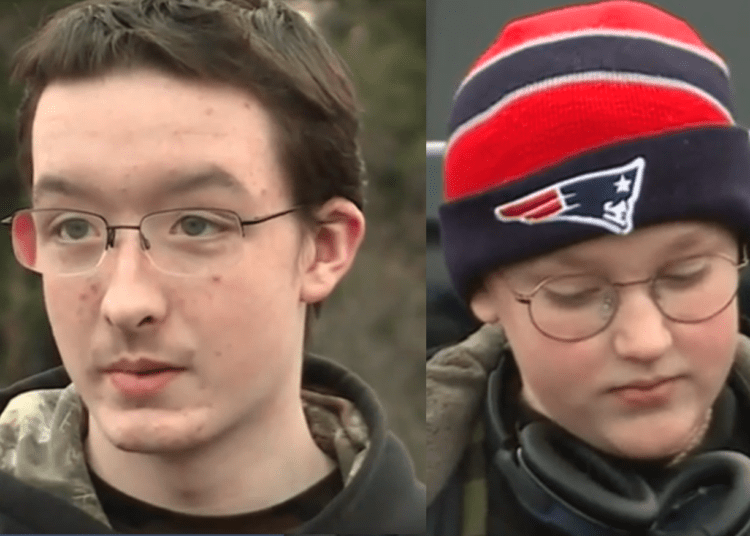 Connor Collins, left, and his brother Seamus were praised for their actions when a school bus driver became incapacitated due to a medical condition. (WMTW)

TOPSHAM, Maine – Two students are being honored by the New England Patriots for bringing a school bus under control and calling for help after the driver suffered a fatal medical condition, according to reports.

The bus was occupied by 14 teenage students when the 77-year-old driver became incapacitated and slumped over the steering wheel due to a medical condition, thus creating an emergency for those aboard, WMTW reported.

Connor Collins, a 16-year-old student at Mount Aararat High School, is credited with braking the bus and steering it to a safe stop on an embankment. Seamus Collins, his 12-year-old brother and student at Mount Ararat Middle School, calmed other students and directed them to exit the rear of the bus after it came to rest. The students then sought help from first responders.

“I need to stop this bus before it goes into the ditch or before anyone else gets hurt,” Connor said, according to the news outlet.

“Everyone is panicking, one person called 911 and I’m just trying to keep the other kids under control because they’re freaking out,” Seamus said.

“Good for them for stepping up and being heroes,” Officer Jose Gomez said in praising the students.

Other students rendered aid and flagged down passing vehicles, according to reports.

As a result, the Collins brothers have been invited to the Patriots season opener later this year by team owner Robert Kraft. He personally delivered the invitation during a Zoom call with Connor and Seamus, who stepped up to the challenge when the bus driver was in duress on March 14 in Topsham, ESPN reported.

“You guys are unbelievable,” Kraft said Tuesday. “My team told me what you did, there. You guys really called an audible on that bus.”

Chief Marc Hagan of the Topsham Police Department credited the students for their “deliberate action to save lives.”

The bus driver was identified as Arthur McDougall. He died later at a hospital, according to Maine School Administrative District 75. 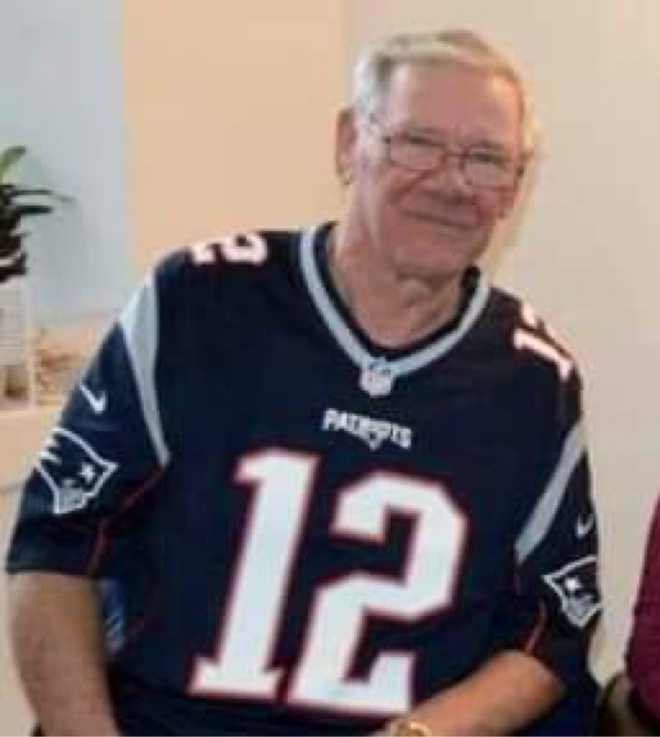 McDougall’s wife Diane wished to thank, “All of the students, citizens and first responders that attempted to save my husband’s life yesterday,” Topsham Police relayed to the public.