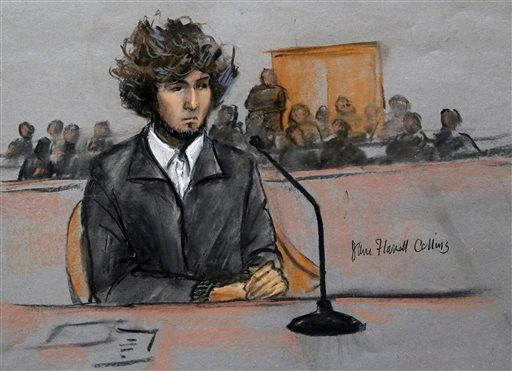 BOSTON (AP) — Lawyers for Boston Marathon bomber Dzhokhar Tsarnaev filed a motion for a new trial Monday, less than two weeks after he was formally sentenced to death for the 2013 attack.

The motion did not contain any details on Tsarnaev's legal arguments, saying only that a new trial is "required in the interests of justice."

Tsarnaev, 21, was convicted of 30 federal charges in the bombing, which killed three people and injured more than 260. The same jury recommended the death penalty, and a federal judge on June 24 sentenced him to death.

Tsarnaev's lawyers call the motion a "placeholder" until they can file a more detailed motion next month.

The defense also filed a request for a judgment notwithstanding the verdict. Both motions are routinely filed by defense lawyers asking a judge to toss out the jury's verdict.

A spokeswoman for U.S. Attorney Carmen Ortiz did not immediately return a call seeking comment.

During his trial, Tsarnaev's lawyers admitted that he and his brother planted two pressure-cooker bombs near the finish line of the marathon. They argued that his older brother, Tamerlan, was the mastermind of the attack and asked the jury to sentence him to life in prison instead of to death.

Tamerlan was killed during an escape attempt several days after the bombings.

Among the arguments expected to be raised in Tsarnaev's appeal is the defense contention that the trial should have been moved out of Massachusetts because of the emotional impact the bombing had here. Judge George O'Toole Jr. rejected numerous requests from Tsarnaev's lawyers to move the trial.