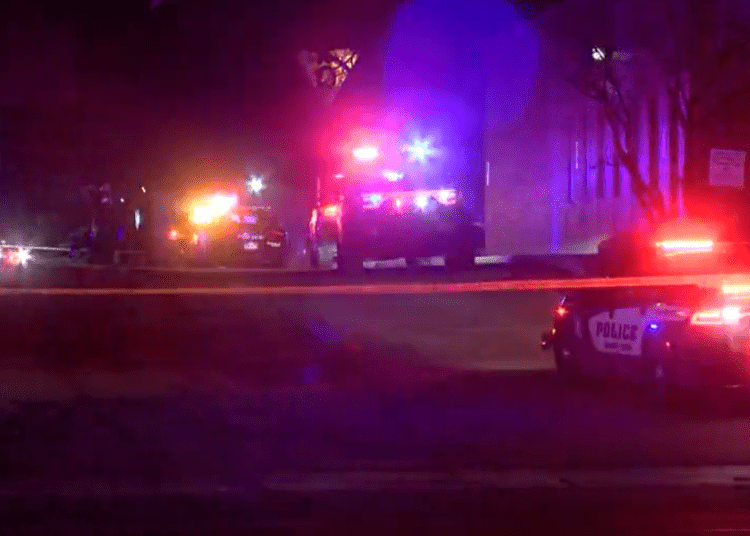 COLORADO SPRINGS, Colo. – The gunman accused of killing five people at a Colorado gay club late Saturday night before being subdued by two people has been identified as Anderson Lee Aldrich.

“At least two heroic people inside the club confronted and fought with the suspect and were able to stop the suspect from continuing to kill and harm others. We owe them a great debt of thanks,” said Colorado Springs Police Chief Adrian Vasquez.

Police arrived three minutes after receiving a 911 call, and were able to take the suspect into custody two minutes later, authorities said.

Investigators were looking into Aldrich’s motive as they consider hate crime charges among the slew of offenses committed by the suspect.

“Every person regardless of who they are, has the right to be secure from fear and physical harm, and actions taken to strike fear in specific communities will not be tolerated in our community,” Fourth Judicial District Attorney Michael Allen said.

Witnesses told police that Aldrich had opened fire with a long rifle, although two firearms were recovered at the scene, authorities said.

COLORADO SPRINGS, Colo. – A shooting that occurred just before midnight on Saturday in Colorado left at least five people dead and at least another 18 injured, according to the Colorado Springs Police Department.

Police responded to a shooting near midnight at Club Q, an LGBTQ+ club, on North Academy Boulevard. The suspected gunman is in custody and being treated at a local hospital, FOX 21 Colorado Springs reported.

A spokesperson for the Colorado Springs Fire department told FOX 21 that 34 firefighters and 11 ambulances responded to the scene. Shooting victims were transported to various hospitals, with some ambulances taking multiple victims, according to FOX.

Club Q said they were “devastated by the senseless attack on our community” that their thoughts and prayers are with the victims, their families, and friends, according to a statement posted to their Facebook page.

“We thank the quick reactions of heroic customers that subdued the gunman and ended this hate attack,” the club added.

“The hospitals are helping us to notify families of the injured… we do have officers at every hospital with all the victims,” said CSPD Lt. Pamela Castro.

“Unfortunately these are events we do train for, as far as what we call a ‘mass casualty,’ so that is why we had such a big response,” said Capt. Mike Smaldino, CSFD. “Working with the police, we were able to get everybody transported out of here in a pretty quick manner and get them to the hospital, where they have a better chance for their injuries.”

Colorado Springs Mayor John Suthers tweeted that the news conference will be live-streamed on the CSPD Facebook page.