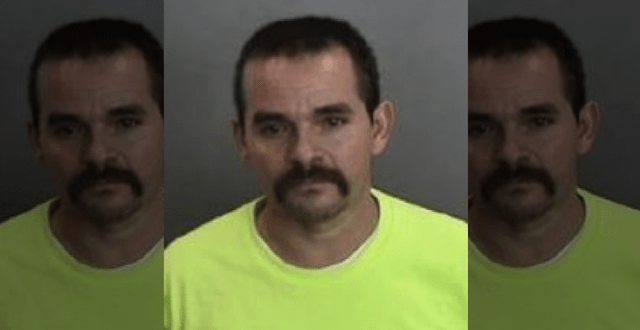 Around 2 p.m. on October 16, 2000, Anaheim Police responded to the 1600 block of North Miller Street after witnesses reported a shooting had occurred in front of a business in the area. When officers arrived, they found 21-year-old Luis Garcia Bucio, an Anaheim resident, had been shot to death. The investigation revealed Serrano, a co-worker of Bucio, shot Bucio during an argument. On November 2, 2000, an arrest warrant was issued for Serrano, charging him with one count of murder.

Attempts to apprehend Serrano following the issuance of the arrest warrant were unsuccessful, according to a press release issued by the Anaheim Police Department.

In early 2019, Anaheim Cold Case Homicide detectives, in collaboration with the Orange County District Attorney’s TracKRS Unit, developed information that Serrano had been living under an assumed name in Houston, Texas.

On October 10, 2019, Anaheim detectives took custody of Serrano from the United States Marshals Service in Houston and transported him back to Orange County where he is being held in lieu of $1 million bail.

According to Anaheim Police Department, Serrano used multiple alias’s including Leonardo Serrano, Leonel Serrano and Leonel Vargas. He had no known arrests using the aliases in the past 19 years.