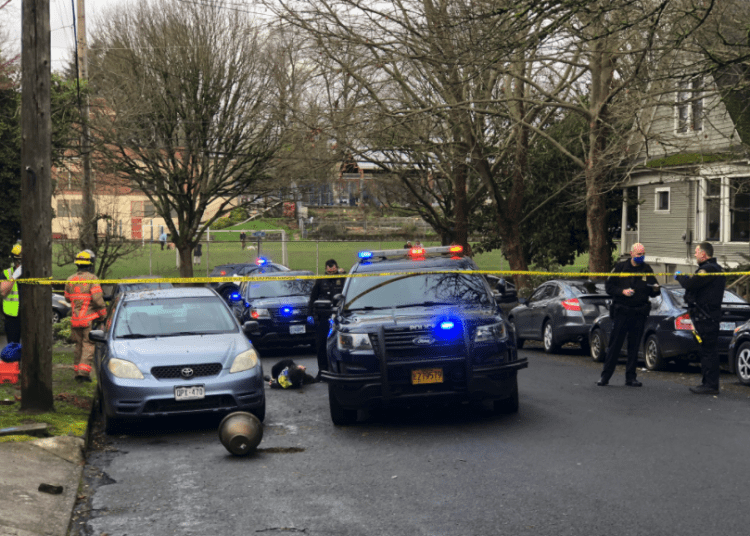 PORTLAND, Ore. — A driver was arrested Monday in Portland, Ore. after striking multiple pedestrians across several blocks, killing one and hospitalizing five others, police said.

One person described as a woman in her 70s was critically injured and later died at a hospital, the Oregonian reported.

Five other people were taken to hospitals with non-critical injuries, Portland Fire & Rescue said. Additional victims were not taken to a hospital, the Portland Police Bureau said during a news conference.

The Portland Police Bureau said it received calls around 1 p.m. about someone hit by a vehicle near Laurelhurst Park around 1 p.m., Officer Derek Carmon told reporters. As officers were responding to the hit-and-run, they received more calls about the same vehicle hitting other people and vehicles.

Police did not confirm how many vehicles were struck, simply saying there were multiple crime scenes.

Witness Larry Wolfe told the news organization he was meeting the woman for an appointment of some kind when he saw her get hit by the car. He said he walked over to her and saw the vehicle come back and hit her again before making a U-turn and leaving.

The suspect, who was not identified, eventually crashed the vehicle and fled on foot, police said. Fortunately, he was captured and held by several citizens until police arrived, Fox reported.

Stumbled on a wild crime scene in Portland's Buckman neighborhood. Sounds like this guy rammed his car into multiple people. Hard to convey the commotion but there were ~10 police cars, 5 ambulances, 5 firetrucks. Overheard that he spat into a cop's mouth—wear a mask, folks. pic.twitter.com/sOe4mfNy55

A motive, if known, has not been publicly disclosed.