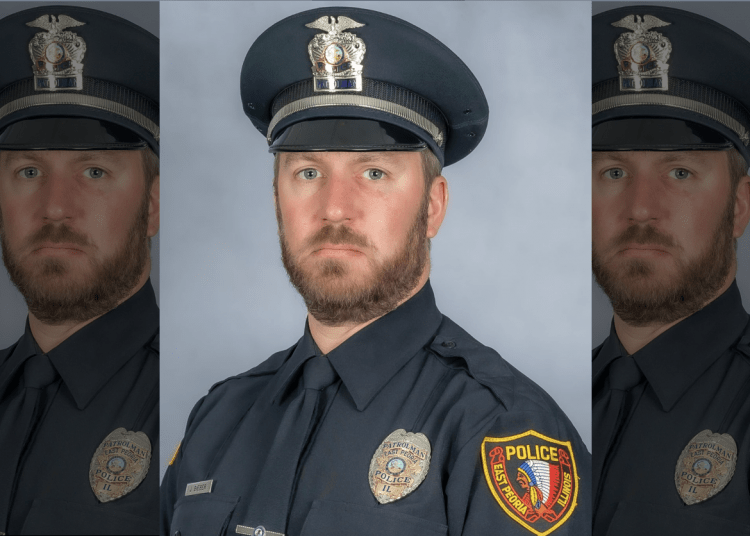 ILLINOIS — The Illinois Association of Chiefs of Police is astonished that Facebook has blocked its attempt to promote its Officer of the Year, Patrolman Jeffrey Bieber of the East Peoria Police Department, according to a statement from the organization.

The Chiefs’ Association wanted more people to know about hero East Peoria Officer Jeffrey Bieber, so it planned to pay Facebook a fee to “boost” a post for wider distribution.

However, the request was rejected, citing “sensitive social issues” connected with the ad that could spark controversy, the Journal Star of Peoria reported.

Executive Director Ed Wojcicki of the group told the news outlet he couldn’t believe Facebook would reject a post to honor a police officer.

“The way we see it is, Facebook thinks it’s wrong to honor a brave police officer who suffered serious wounds while protecting his central Illinois city. How is that remotely political?” Wojcicki asked, according to the Journal Star.

Earlier in the year, Bieber was stabbed multiple times by an attacker before fatally shooting the suspect, the news organization reported.

In July, the Illinois Association of Chiefs of Police named Bieber its officer of the year. They posted an announcement on Facebook, only to receive the following response from the company after trying to “boost” the post’s distribution:

“This ad content has been correctly disapproved for violation of Facebook Advertising Policies and Guidelines. As per policy: Your ad may have been rejected because it mentions politicians or is about sensitive social issues that could influence public opinion, how people vote and may impact the outcome of an election or pending legislation. Our policy for running ads related to politics requires you to get authorized first by confirming your identity and creating a disclaimer that lists who is paying for the ads.”

The crafted response is nonsensical, and Wojcicki pushed back, Fox reported.

“Our press release mentioned no politicians and has nothing to do with any election or pending legislation,” he said. “For Facebook to suggest that seems like a huge stretch and could be a signal that it wants to block good news about police.”

The police group launched a petition on Change.org to try to convince Facebook to reverse its ruling, the Journal Star reported.

In the meantime, perhaps more people will become aware of Bieber’s survival due to Facebook’s move to silence the honor.

Share and speak up for justice, law & order...
Tags: East PeoriafacebookillinoisIllinois Association of Chiefs of PoliceJeffrey Bieberofficer of the year