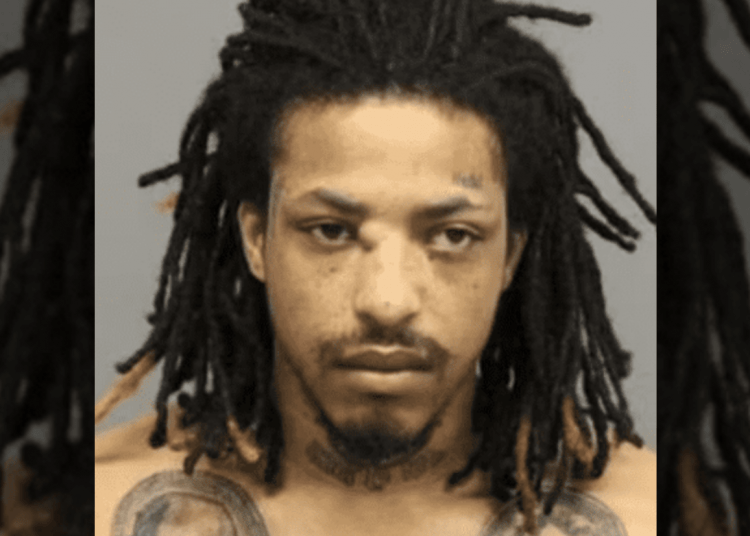 Londre Sylvester, 31, was killed in a hail of gunfire just outside Cook County Jail in the Little Village section of Chicago Saturday evening. (Cook County Jail)

CHICAGO — A Chicago rapper was ambushed and killed as he was hit with a barrage of bullets flying toward him upon his release from Cook County Jail on Saturday night, according to reports.

Londre Sylvester enjoyed a fleeting moment of freedom before he suffered 64 gunshot wounds to his head and other parts of his body, the Chicago Tribune reported.

The rapper, 31, who goes by the name KTS Dre, was taken to Mount Sinai Hospital where he was pronounced dead, according to the U.S. Sun.

Two women who accompanied Sylvester also sustained gunshot wounds. A 60-year-old woman suffered a wound to the knee but was not seriously hurt. Another woman, 30, was reportedly struck by a stray bullet and suffered a graze wound, WHDH reported. They both are reportedly in good condition.

“It appears Sylvester was the intended target while (the women) were inadvertently struck,” police said in a report obtained by the Tribune.

Witnesses reported that two armed men stepped outside a vehicle and started shooting Sylvester, striking him in the face and chest about 8:50 p.m., the Sun reported.

The suspects fled the scene in different directions following the shooting, police said.

Investigators found 59 shell casings littered across the street from the Cook County Jail in the Little Village section of Chicago on Saturday, meaww.com reported.

Sylvester was reportedly in jail for violating a bail bond for infringing the conditions of his release in a 2020 felony gun case. He had just been released from custody and was fitted for electronic monitoring as a condition of his bail when he was murdered.