Eugene McLaurin is a convicted felon with prior weapons violations 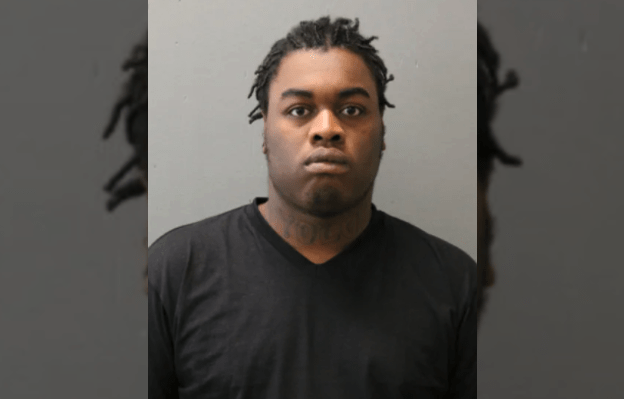 CHICAGO — Federal prosecutors charged a Chicago man for shooting into an unmarked law enforcement vehicle on Wednesday, injuring three undercover personnel. The suspect reportedly told authorities he opened fire early Wednesday because he thought they were “opps” — or rival street gang members — surveilling a neighborhood on the Southwest Side, according to Chicago Sun-Times.

The wounded law enforcement personnel included one officer of the Chicago Police Department and two federal agents working for the Bureau of Alcohol, Tobacco, Firearms and Explosives, Law Officer reported. They were shot around 5:50 a.m. near the intersection of 119th Street and the ramp onto Interstate 57, Chicago Police Supt. David Brown said during a Wednesday press conference.

Eugene McLaurin, 28, faces one count of using a dangerous and deadly weapon to assault a federal agent, the Justice Department announced Thursday. The three undercover officers were actively working a federal investigation when they noticed a white Chevrolet Malibu sedan following their vehicle and noted the license plate number, according to court documents.

The suspect vehicle then pulled up next to the undercover unit, rolled down the window, and began shooting at the officers, striking all three, court documents said.

According to Brown, the Chicago undercover officer was grazed in the back of the head by a round. One ATF agent was hit in the hand, while the other was hit in the side torso, Law Officer reported. Their injuries are not life threatening.

The Chicago police officer is assigned as a task force officer (TFO) with AFT.

McLaurin, who said he was driving the Malibu earlier that morning, was arrested later Wednesday. McLaurin told investigators that he began following the officers because he thought their undercover vehicle belonged to “opps,” or members of an opposing gang, according to the criminal complaint. McLaurin said a friend gave him prior notification regarding a sedan of the same description watching the area, Washington Examiner reported.

The feds say McLaurin admitted opening fire on the undercover personnel with a Glock 9mm that he had purchased a few months earlier, and he said he later dropped the gun into a drain.

During a brief court appearance before U.S. Magistrate Judge Heather McShain on Thursday, a prosecutor said the feds want McLaurin held in custody as a danger to the community.  Since his defense attorney waived a detention hearing for the present time, he remains confined.

McLaurin faces a maximum sentence of 20 years in federal prison if convicted.