With 56 percent spike in homicides, it's time for the mayor and top brass to hold themselves accountable 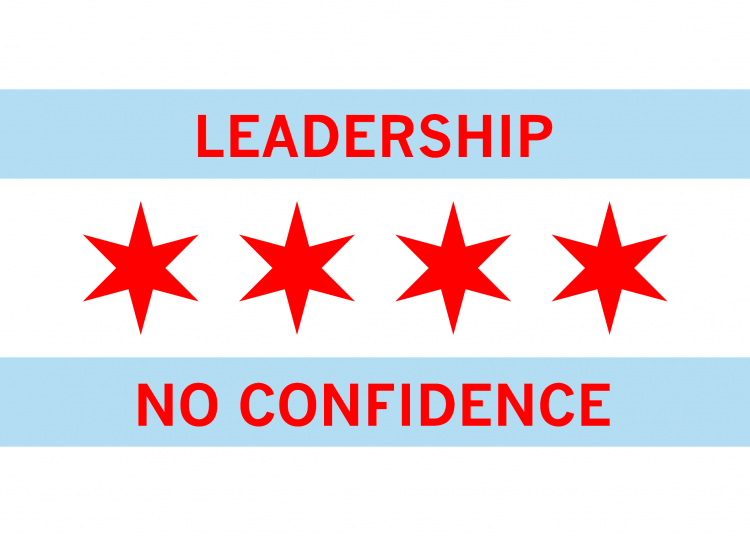 CHICAGO — Chicago mayor Lori Lightfoot along with CPD Supt. David Brown and First Deputy Supt. Eric Carter have lost the trust of the Chicago Fraternal Order of Police board after they announced a unanimous vote of no confidence in the trio.

John Catanzara, the union president, said one reason for that decision is the growing frustration over officers’ working conditions. He cited extended shifts and circumstances leading to time off getting canceled, ABC 7 Chicago reported.

The FOP has previously issued a no-confidence vote with Eddie Johnson in 2019 and Jody Weis in 2009, when each of them served as police superintendent, according to the news outlet.

It’s unknown whether the FOP board vote reflects a consensus of all 8,000 CPD officers represented by the union since there hasn’t been a general membership vote on no-confidence reported to the media at the present time.

According to ABC 7, a few hundred rank-and-file officers attended the FOP board meeting on Wednesday. Reportedly all of them expressed support for the no-confidence vote.

Lightfoot recently shocked the senses of many as she approaches the two-year anniversary of her inauguration. Halfway through her term in office, she told the city’s media outlets that she would grant one-on-one interviews to mark the occasion. However, the Democrat mayor said she will only speak with journalists of color, NBC 5 Chicago reported.

“I ran to break up the status quo that was failing so many. That isn’t just in City Hall,” Lightfoot tweeted Wednesday morning. “It’s a shame that in 2021, the City Hall press corps is overwhelmingly White in a city where more than half of the city identifies as Black, Latino, AAPI or Native American.”

I ran to break up the status quo that was failing so many. That isn't just in City Hall.

It's a shame that in 2021, the City Hall press corps is overwhelmingly White in a city where more than half of the city identifies as Black, Latino, AAPI or Native American.

“Diversity and inclusion is imperative across all institutions including media. In order to progress we must change,” she continued. “This is exactly why I’m being intentional about prioritizing media requests from POC reporters on the occasion of the two-year anniversary of my inauguration as mayor of this great city.”

According to NBC, Lightfoot called the racial make-up of the City Hall press corps “an imbalance that needs to change,” adding that Chicago’s local media “should reflect the multiple cultures that comprise it.”

Many fair-minded people have referred to her decision as racist, citing the discriminatory practice is simply based upon the color of a person’s skin.

Under Lightfoot’s leadership, Law Officer recently reported that Chicago’s murder rate has spiked 56 percent. Much of the blame has been laid on the controversial mayor due to her policies that favor criminals, according to police.