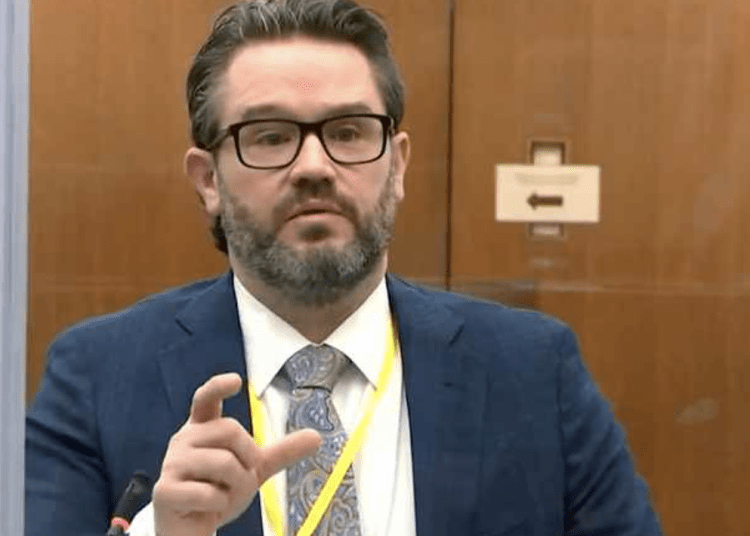 MINNEAPOLIS — George Floyd can be heard admitting on videotape that he took drugs before his fatal arrest, the lawyer for ex-Minneapolis officer Derek Chauvin claimed at the former officer’s murder trial Wednesday, New York Post reported.

“Did you hear what he said?” Nelson asked Stiger during cross-examination.

“Does it sound like he says, ‘I ate too many drugs’? Listen again,” Nelson said.

The LAPD sergeant said he still could not make it out, prompting Nelson to add, “In the chaos of a situation, things can be missed, right?”

Nelson repeated the recording with subsequent investigators. The more it was played it became readily apparent to anyone listening that Floyd indeed said, “I ate too many drugs.”

However, prosecutors later offered through a state investigator that Floyd may have said, “I ain’t doing no drugs.”

Regardless of testimony regarding the audio, it is now in evidence for jurors to make their own determinations.

CROSS-EXAMINATION: Defense presents video evidence claiming #GeorgeFloyd says "I ate too many drugs" while being restrained.