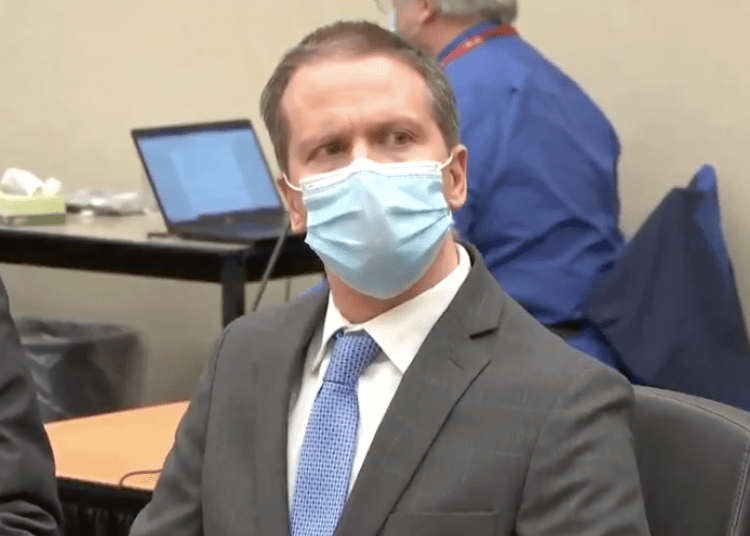 MINNEAPOLIS — The Justice Department reportedly had a contingency plan to arrest former Minneapolis police officer Derek Chauvin at the Minneapolis courthouse and charge him with civil-rights violations if he was found not guilty of murder in the death of George Floyd, or if the case ended in a mistrial.

According to the Minneapolis Star Tribune, federal investigators had been building a police brutality case for months against Chauvin and the three other former Minneapolis police officers charged in connection with Floyd’s death on May 25, 2020.

Reportedly, under the contingency plan, the Minnesota U.S. Attorney’s Office would have filed a criminal complaint to charge Chauvin, so he could be immediately arrested, and then asked a grand jury for an indictment, Western Journal reported.

The “backup plan” was not needed since the state jury found Chauvin guilty of second-degree unintentional murder, third-degree murder and second-degree manslaughter on April 20.

The expression in Derek Chauvin's eyes as he learnt his fate. Guilty on three charges: second-degree murder, third-degree murder and manslaughter. pic.twitter.com/D6PpU9CkBT

Now that the murder trial is over, the DOJ is purportedly moving forward with its case, according to reports.

The federal grand jury was empaneled in Minneapolis in February, The New York Times reported.

If the grand jury voted to indict the officers, they could all face another criminal trial in federal court.

Federal authorities reportedly want to indict all four officers in connection with Floyd’s death, and Chauvin specifically for the aggressive arrest of a 14-year-old boy in 2017, as well.