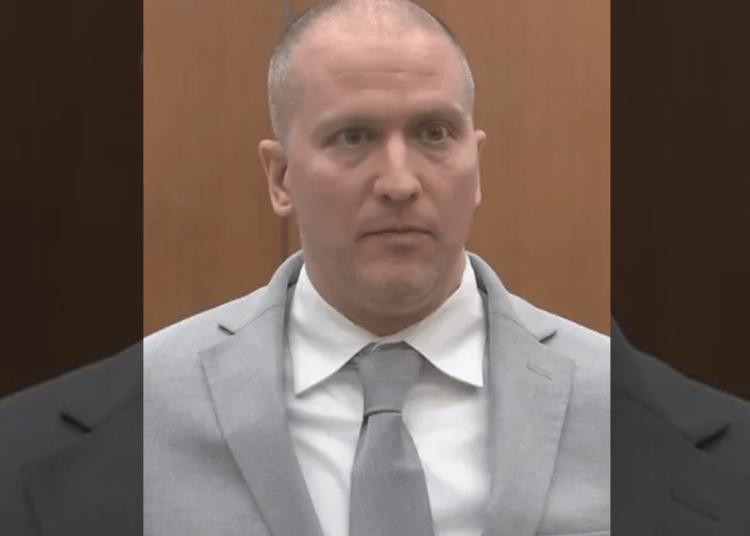 Chauvin was convicted last April of third-degree murder, second-degree unintentional murder and second-degree manslaughter after Floyd died during his arrest in May 2020. As a result, the former officer was sentenced to 22 ½ years in prison.

Chauvin said he is representing himself during the appeal since he was denied a public defender. The Minnesota Police and Peace Officers Association paid for his legal fees during the trial, but that ceased after his conviction. He said he has no income beyond prison wages. Therefore, he asked for a stay on the appeal until he can get an attorney, according to FOX 9 in Minneapolis.

Judge Peter Cahill, who presided over Chauvin’s trial, granted Chauvin “pauper status” on Thursday. This exempts him from having to pay court costs and filing fees, CBS Minnesota reported.

It’s unclear how someone can be granted “pauper status” yet denied a public defender during an appeal.

Joe Tamburino, an attorney who is not affiliated with the case, told the news outlet Thursday evening that it’s very unusual Chauvin would not have his trial attorney file the appeal on his behalf.

“He’s been denied a public defender. He’s in prison. He’s in Oak Park Heights for the next 22-plus years,” Tamburino said. “I don’t know why that was denied.”

Chauvin cited 14 arguments for his appeal, which include:

It’s noteworthy that last week the Minneapolis Supreme Court reversed the third-degree murder conviction of Mohamed Noor, a former Minneapolis officer who fatally shot Australian woman Justine Ruszczyk Damond. He is currently serving 12 ½ years for the offense, Law Officer reported.  As a result of the court’s ruling, he will be resentenced for manslaughter.