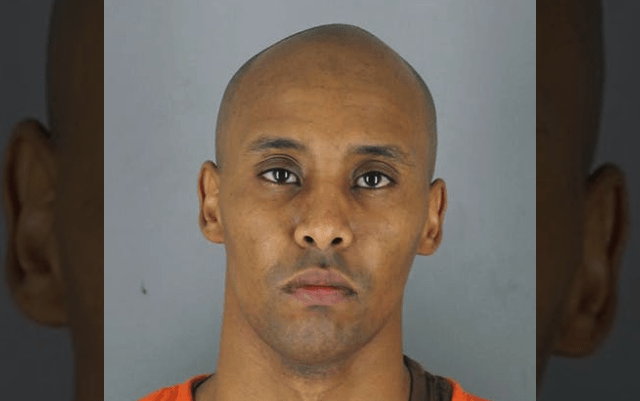 The stunning decision rejected a February ruling by the Minnesota Court of Appeals that upheld the count against Noor, according to the Star Tribune.

The former officer is currently serving 12 1/2 years in prison for the fatal on-duty shooting Justine Ruszczyk Damond in 2017.

Noor was convicted by a jury in 2019 of third-degree murder and second-degree manslaughter for shooting Damond while responding to her 911 call about a possible sexual assault in the alley behind her home. The officer was apparently startled by the woman banging on the trunk of their patrol unit trying to get their attention. Noor fired a fatal round while sitting in the passenger seat of the police cruiser as the woman approached the driver side of their vehicle.

After an appeal of the third-degree murder conviction failed, Noor’s attorney, Thomas Plunkett, petitioned the State Supreme Court in February to review the matter.

Minnesota’s high court heard oral arguments on the issue in June. Plunkett asked the court to address two questions: Can a person be convicted of third-degree murder if the deadly act is aimed at a single person, and can the reckless nature of an act alone establish the necessary depraved mind-set?

Plunkett solicited the court to discern language in the state’s third-degree murder statute, which has reportedly confused attorneys for years. It also came into play earlier this year when former Minneapolis police officer Derek Chauvin was convicted of killing George Floyd. Chauvin was convicted on April 20 of second-degree unintentional murder, third-degree murder and second-degree manslaughter.

“According to state statute, third-degree murder applies when a defendant kills someone ‘by perpetrating an act eminently dangerous to others and evincing a depraved mind.’ The word ‘others’ has led many attorneys to interpret that the statute applies when multiple people are endangered and someone is killed. Veteran attorneys have said it would apply, for instance, to someone shooting indiscriminately into a moving train. The ‘depraved mind’ element has been difficult to define, some attorneys have said,” Star Tribune reported.

Paramount to his argument, Plunkett said in his petition to the state Supreme Court that the “depraved mind” element wasn’t fulfilled because Noor was carrying out his duties as an officer, acted in a split second and directed his actions at a specific person out of fear that his partner’s life was in danger from an ambush.

Previously, the state Court of Appeals upheld the conviction in a split decisoin by ruling that Noor’s actions met the legal threshold for a “depraved mind” when he sat inside his patrol car and fired through his partner’s open window, killing Damond.

“We respectfully disagree with the [Court of Appeals] opinion…,” Plunkett said in February. “The split decision, while disappointing, is not entirely disheartening. The dissenting opinion raises compelling issues.”

This matters since the punishment is considerably greater. A third-degree murder is punishable by up to 25 years in prison. The sentence for second-degree manslaughter is up to 10 years in prison and/or a $20,000 fine, according to the Tribune.  Sentences are dependent on a defendant’s criminal background, among other mitigating factors.

The Noor matter is relevant in Chauvin’s case since he had initially been charged last year with third-degree murder, but Hennepin County District Judge Peter Cahill dismissed the count last fall as Chauvin and his three former colleagues had targeted Floyd and no one else.

The Court of Appeals ruled in March that Cahill was wrong to deny the prosecution’s request. Hence, the judge reinstated the count against Chauvin, the Tribune reported.

As a result, Chauvin was sentenced to 22 1/2 years in prison on the second-degree murder count; he was not sentenced on the two lower convictions.