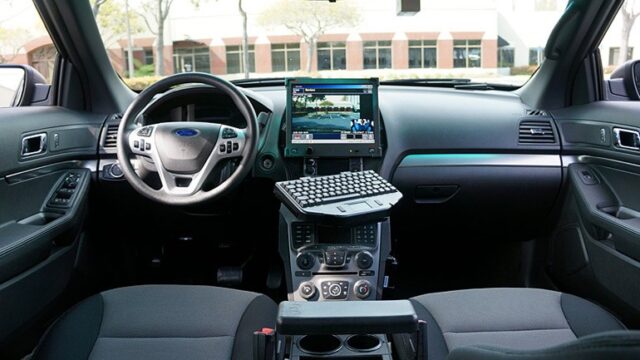 The City of Oceanside is a 42-square mile beach community nestled between Orange County and San Diego, Calif. Approximately 180,000 residents and visitors are protected and served by the City’s 326 sworn personnel (211 police; 115 fire). Oceanside public safety agencies are busy: the police department handles approximately 75,000 calls per year; fire, 19,000. Safe and effective emergency management is contingent upon the communications, navigational data, and incident information provided by mobile data computers (MDCs) in both police vehicles and fire apparatus.

Unreliable MDCs with frequent failures or short lifespans come at a high cost to cities like Oceanside: precious budget dollars are wasted replacing or repairing systems, while also rendering first-responders with no mobile data capabilities–seriously inhibiting their ability to safely respond to and mitigate emergencies.

With this in mind, it was important for the City of Oceanside to find a simple yet reliable solution with an extended lifespan when choosing a mobile computing system. Further, the City firmly believes and continues to practice the idea that in order to find the best solution, you have to test as many products as possible. Utilizing a three-point method that involved input from Information Technology, Fleet Management, and end-user (Police and Fire) departments, Oceanside thoroughly vetted a series of different computer types including JLT, Panasonic, Compaq and Dell.

“It was an overwhelming decision to quit testing other systems and stay strictly with the Data911–due to the functionality,” noted Oceanside Fleet Supervisor & Manager, Jeff Hart. Now, ten years after that initial decision was made, each department documents the specific long-term benefits of investing in the Data911 M-Series solution.

Problems with Prior Systems:
–  Only getting a maximum 4 year lifespan
–  Replacing systems more frequently than vehicles

Challenge: Coincide vehicle and system lifespans in order to upgrade or replace at the same time

Experience with Data911:
“Our main goal was to try and get as much life out of the M-unit itself, so that they would coincide with our extended lifespans that we added to the vehicle replacements. We’re easily getting five to seven years out of these, which falls right in line with my lifespan on the vehicles…and the monitors and keyboards–we can probably get double lifespan out of those,” Jeff Hart described, “having a product that isn’t constantly on the down line for mechanical, electrical, or software issues definitely helps keep the fleet at a high efficiency rate of operation.”

Conclusion: Ranked number 17 on the ”top 100 best fleet management” list, Oceanside fleet has trusted the reliable M7 CPU to last as long as the life of the vehicles–the peripherals lasting even longer. Data911’s computer systems have the longest hardware lifecycle in the industry, with a 10-year+ useable life, backed by a 10-year+ warranty. Durability plus the unique product upgrade path has made the M7 long-term cost of ownership lower when compared to other systems.

Brought To You By

Challenge: Find a more ruggedized, higher-resolution product that would require less IT maintenance

Experience with Data911:
“It’s a better computer and better resolution, more ruggedness, easier to work on, and the components are easier to swap out if we need to,” said Scott Prather, “they’re just reliable. Their customer service is really good. They always get us what we need and they work with us, and are also open to suggestions. We’re demoing tablets in the field right now…our sales rep is interested in customer feedback and how they can improve their product. The are looking at making the unit smaller and more mobile for us.”

Conclusion: Data911‘s M-unit has withstood and performed well in the rough environments of fire and police users. As a result, the IT department has spent less time and money on system maintenance and repairs. And where other products would require a complete system replacement, the M7‘s modular design and unique product upgrade path has allowed Oceanside IT to easily swap out components individually, which translated to savings in the long-run.

Job-Specific Responsibilities:
–  Serves as Watch Commander
–  Manages patrol, which is the largest sector in police department (113 officers)
–  Responsible for 4 teams

Problems with Prior Systems:
–  Harder and more complicated to use; complex interface
–  Not durable enough to meet the demands of police use

Challenge: Find a durable solution that also featured a easy-to-use interface for officers in the field

Experience with Data911:
“The Data911 systems have been a great deal of help with our organization as far as our officers in the field being able to use them easily and access the data they need in the field,” Sean Marchand described, “they seem to be more durable and responsive; they hold up a lot better. The M-unit is easier to use for us collectively because they don't have a lot of complicated controls. They’re all in a standardized spot where you can see; you don’t have to guess where things are.”

Conclusion: The M7 in-dash mounting solution features wide viewing for both passenger and driver, superior ergonomics that maximize available open area, and is unsurpassed for airbag safety. The LED touch screen display is the thinnest and most rugged on the market today. The M7’s simple yet intuitive interface has helped Oceanside officers easily maintain control over a complex device–which is critical to safe and efficient operations–while also withstanding the rough day-to-day abuse typically seen in the field.

Problems with Prior Systems:
–  Not durable enough to meet the demands of fire use
–  Process of buying and installing equipment was slow

Challenge: Find a solution that was rugged and fast to replace/upgrade

Experience with Data911:
“The nice thing with Data911 has been the ability to upgrade older units to faster processor without having to buy new equipment and have it installed,” Peter Lawrence continued, “the mobile CPU environment in fire apparatus is a pretty tough one–exposed to a lot of vibrations, dust, etc. The Data911 equipment does stand up to the abuse well.”

Conclusion: The M-unit features a rugged system design that has held up in harsh vehicular environments. With the widest operating temperature in the industry, M7 has performed even under the most extreme circumstances. As a busy agency with additional responsibilities beyond just fire and EMS, the M-unit has provided Oceanside personnel with a reliable computing solution that can keep up with their high demands. Additionally, because all resources and reference materials were able to be placed on the M-unit hard drive instead of in hard copy form, end-users have quick and convenient access to information at the touch of a button.

After a decade of real-world use, the many benefits of making this investment have been verified year after year, and across all four departments.  Mobile data computers are critical to safe and efficient emergency management. When lives are on the line, having a reliable solution is not only important–it is absolutely mandatory. By implementing Data911 systems in police vehicles and fire apparatus, the City of Oceanside made a meaningful choice to invest in a valuable, upgradable, long-term solution, rather than expense an average product that only met the minimum.