The suspect was killed by police 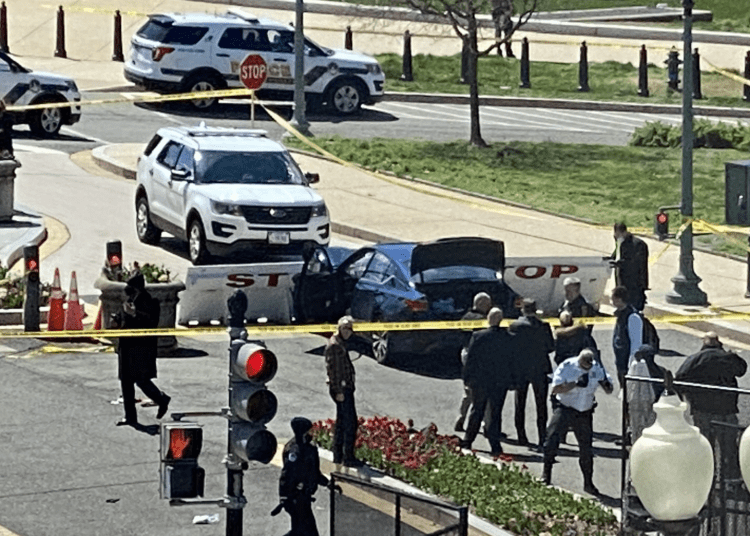 UPDATE: Authorities have identified the Capitol Police officer who died Friday when an assailant attacked authorities with a knife after crashing into a barrier on Capitol grounds.

William “Billy” Evans was an 18-year veteran of the department who began his service on March 7, 2003, Acting U.S. Capitol Police Chief Yogananda Pittman said in a statement.

“It is with profound sadness that I share the news of the passing of Officer William ‘Billy’ Evans this afternoon from injuries he sustained following an attack at the North Barricade by a lone assailant,” Pittman said. “Officer Evans had been a member of the United States Capitol Police for 18 years.”

She said Evans was a member of the division’s First Responder’s Unit.

UPDATE: The driver who killed a US Capitol police officer before he was gunned down by police is a Nation of Islam devotee from Indiana, according to reports and his social media.

Noah Green, 25, who may have been living in Virginia, described himself as a “Follower of Farrakhan” on his Facebook page, in reference to Nation of Islam leader Louis Farrakhan, New York Post reported.

Green allegedly slammed into a fence outside the US Capitol just after 1 p.m. Friday and struck two officers before crashing into a barricade.

Green allegedly got out of the car with a knife and lunged at an officer before being fatally shot, reports say.

Fox News is told security officials believe the suspect was a “lone wolf,” not connected to any other group.

“Man, we just shot somebody,” an officer told Fox.

Metropolitan Police Department Acting Chief Robert Contee said in a briefing the attack did not appear to be terrorism-related. Acting USCP Chief Yogananda Pittman said the suspect had exited the car, knife in hand, and “lunged toward” Capitol Police.

“Due to an exterior security threat, no entry or exit is permitted at this time in any building in the Capitol complex,” a voice announcement throughout the complex sounded earlier Friday afternoon.

“You may move around the buildings but stay away from exterior windows and doors,” it also said.

Capitol Police outside of the building were seen tending to at least one person on the ground, with at least two stretchers rolled out and large amounts of law enforcement and first responder activity.

At least two people were pushed on separate stretchers into two separate ambulances, which have left the scene.

USCP said the suspect and two injured officers were taken to the hospital.

The D.C. National Guard also deployed an Immediate Response Force to the scene.

The entry point where the scene unfolded is directly where senators and aides enter the Capitol each day. The incident occurred at the North barricade vehicle access along Constitution Avenue. Capitol Police had originally reported Independence Avenue before issuing a correction.

Constitution Avenue was closed off until two weeks ago when they reduced the size of the outer perimeter. The National Guard is still stationed there.

There was a car visibly smashed into a barrier outside of the Capitol, Fox News reported.

Video showed a helicopter landing on the East Front of the Capitol to respond to the scene.

🚨🚨A helicopter just landed on the east front of the Capitol. I’ve never seen anything like this before. ever. pic.twitter.com/LxV0mywRSe

White House Press Secretary Jen Psaki said Friday that she did not have an update about any change in security posture at the White House. She was not aware of the episode as she gave her daily briefing.