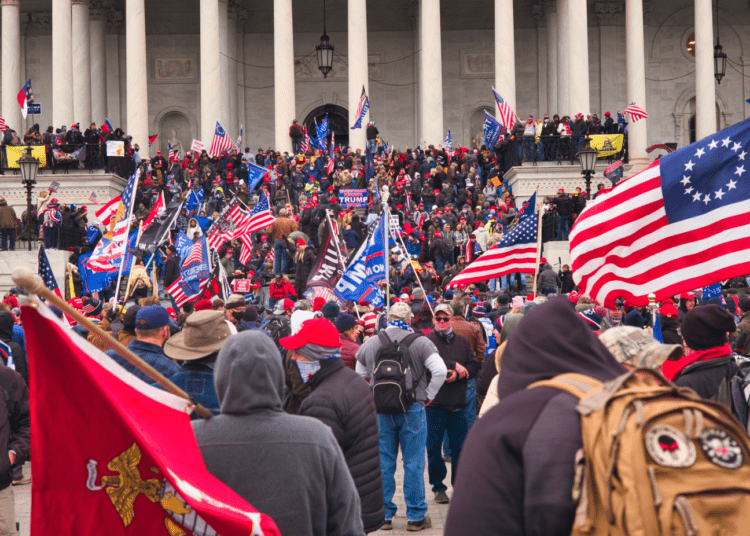 WASHINGTON D.C. – In a recent survey of 315 Capitol Police officers by the Government Accountability Office (GAO), they discovered about 25 percent of police personnel were “discouraged or hesitant to use force” during the civil unrest of Jan. 6, 2021 because they feared disciplinary action.

The 115-page report issued by GAO — a congressional watchdog — nearly 14 months after the Capitol riot has urged U.S. Capitol Police to offer additional crowd-control training, as well as pre-operational guidance to officers who are likely to face confrontations.

According to CBS News, roughly a quarter of those surveyed were “discouraged or hesitant to use force because of a fear of disciplinary actions.” Several respondents said they were not empowered to make decisions or use force without supervisor approval. They also conceded that “optics were affecting security decisions.”

“I saw too many instances where officers were questioning whether they could use force because they were afraid of getting in trouble,” noted one officer as part of the survey. “If ever there was a time when force is appropriate, a mob violently forcing their way into the Capitol would be it.”

Several respondents said they felt the department would not support their decisions, “even when force was used under justifiable circumstances.”

An overwhelming number (190) of respondents expressed concerns or made suggestions related to disseminating information. One officer said, “Had any information on the morning of the 6th (been shared) aside from ‘prepare for a long day’ they would have had a different mindset when the group approached.”

Guidance and intelligence was “not at all clear” or “not provided,” according to more than half of the officers who were surveyed, CBS reported.

More than half the officers said they need more professional training, with dozens of respondents requesting additional courses on “very large or violent crowd control” as well as “more realistic training.”

GAO determined the department’s discussions with officers following the attack is a “positive step,” but deemed misconceptions related to use of force were “persistent both before and after the attack,” according to CBS.

“The events of January 6, 2021 raised important questions about whether the Capitol Police is adequately prepared to respond effectively and efficiently in the current threat environment,” the report concluded. While investigators found Capitol Police have taken “some positive first steps,” the agency “needs to better understand and address potential officer hesitancy to use force, concerns with the department, and morale.”