Candace Owens organizes law and order event, says ‘minorities do not belong to the left’ 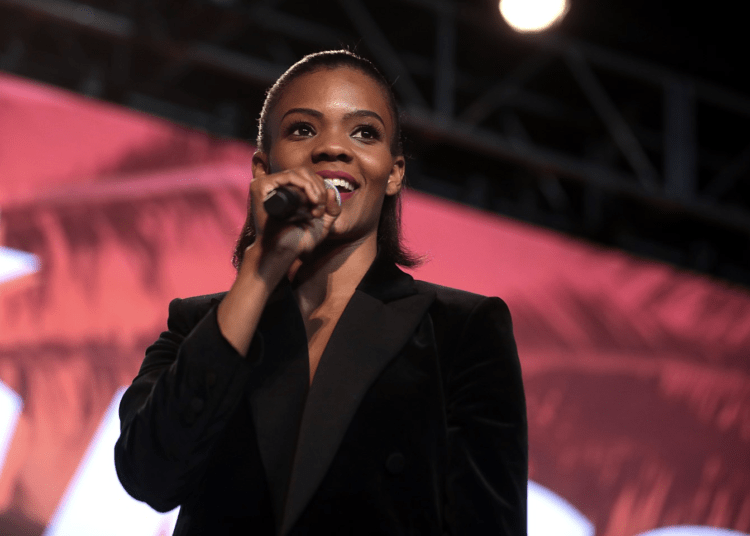 BLEXIT is a social media campaign to encourage African Americans (plus Latinos and other minorities) to abandon the Democratic Party and register as Republicans.

“Black and Latino Americans do not support the Marxist, anti-police rhetoric that has become fashionable in the media,” Owens tweeted Saturday. “Today, thousands of us have descended upon Washington D.C to [back the blue]. Minorities do not belong to the Left.”

Only 8% of Black Americans supported President Trump in 2016, and his 2020 campaign has made a push to attract more minority voters.

“Every day, more Black and Latino Americans are leaving behind left wing politicians and their failed ideology,” the president said in his speech at the White House Saturday. “What they are, they failed for many years and many, many decades. Democrats have run nearly every inner city in America.”

However, at least one recent poll shows the president has not gained ground with the Black community.

A Pew Research poll released this week found Black support for the president is unchanged from 2016, as just 8% of Black Americans support Trump, while 89% support Biden.

Despite that, Owens is betting that Trump’s law and order message will ultimately push more minority voters over to support him.

“There are people all around the country that support this president because he supports law and order. It’s that simple,” Owens told supporters before they marched to the White House Saturday. “Law and order should be what you want no matter what color you are. If you are an American, you should want law and you should want order. That is the way forward.”

Owens responded to the story on Twitter, saying that they “had a small group of attendees who asked for financial help to make the event so we secured travel stipends for them.”

Um… yes. We had a small group of attendees who asked for financial help to make the event so we secured travel stipends for them.

Mocking people who are struggling financially is the weirdest, most elitist, Democrat flex— possibly ever. https://t.co/eIC4cLSRCG

When she announced the event on Sept. 30, she said that BLEXIT would be giving away a limited number of travel stipends.

“Time to do a BLEXIT event. If you are a minority in America and you are actually bored with the fake blm narrative and the fake white supremacy narrative, we have just decided that we are going to host a massive demonstration against the media narrative,” Owens wrote on Instagram. “We are giving away a limited amount of travel stipends to those that really (need) them.”

The conservative activist has been a target of the left in the Trump era.

Despite that, she has won praise from top conservatives, evident Saturday at the White House, Fox reported.

Will Candace Owens Run For President?