The documentary looks back on the riots in Minneapolis and around the United States and sheds light on BLM's exploitation of the Floyd tragedy for "financial gain." 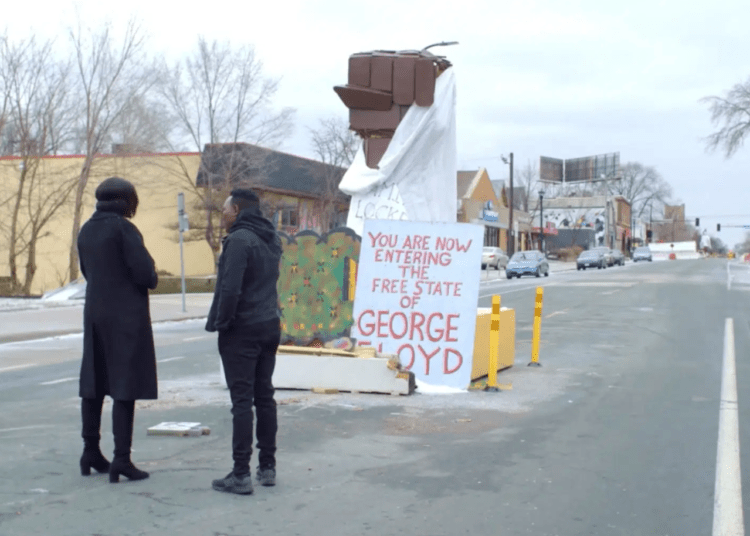 Candace Owens talks with a Minneapolis pastor in her new documentary "The Greatest Lie Ever Sold." (Jeremy Boreing/Twitter)

The release of a new documentary has thrust the Black Lives Matter (BLM) movement and the death of George Floyd back into the national spotlight.

“The Greatest Lie Ever Sold,” produced by conservative commentator Candace Owens, was officially released on Wednesday. The documentary looks back on the riots in Minneapolis and around the United States and sheds light on BLM’s exploitation of the Floyd tragedy for “financial gain.”

“While everyone was posting a black square on Instagram, Candace didn’t buy the George Floyd narrative the media was selling,” according to the Daily Ware’s landing page for the documentary. “This explosive documentary is the product of Candace’s fearless pursuit of the truth.”

For instance, attorney and former police officer Ron Martinelli claims that Floyd was determined to have lethal levels of fentanyl and methamphetamine in his system.

“Three grains of fentanyl on the head of a lead pencil: enough to kill you, enough to kill me,” he said. “And so they had to continuously inculcate the public to believe that Derek Chauvin intentionally, premeditatedly murdered George Floyd.”

“The Greatest Lie Ever Sold” also includes court testimony from former Minneapolis police chief Medaria Arradondo agreeing that Chauvin’s knee, on closer examination of the footage, was at one point placed more so on Floyd’s shoulder blade than his neck, prompting some to question whether Floyd died of a drug overdose rather than asphyxiation.

Kanye West, for example, was threatened with a lawsuit by Floyd’s family when he said, after watching the film, that “the guy’s knee wasn’t even on his neck like that.”

As to whether Derek Chauvin's knee was on George Floyd's neck, here's what the film reveals from the trial: pic.twitter.com/W0rvSyhtMI

Another major theme of the documentary is the legacy of the BLM movement, which saw media publicity and donations skyrocket as protests or riots cropped up in virtually every major U.S. city following Floyd’s death.

Owens openly questions what the organization ended up doing with the $90 million raised after Floyd died, arguing that much of it was not spent on anything related to their political goals.

“So many elements of people [took] advantage of the death of George Floyd … for political gain, for financial gain, and to propagate division, because some of these organizations … can only get money if they propagate hatred and division,” a Minneapolis pastor told Owens.

Meanwhile, @Blklivesmatter has raised over $80M off the tragedy, spending it on things not remotely relevant to the idea that black lives matter.