The Suspect Said He Did It As A Form Of Protest 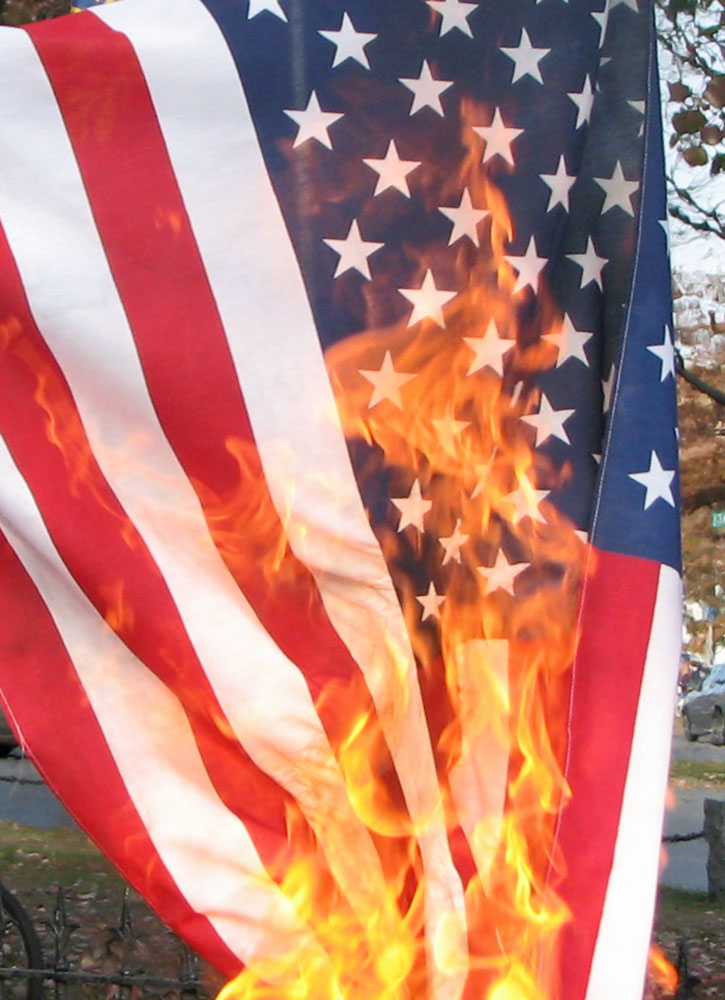 Boston police arrested a man accused of lighting an American flag on fire Sunday night and throwing it onto a parked police vehicle.

According to WCVB5, a prisoner transport wagon was parked near the fountain inside Boston Common where 1000 flags were planted  by a small group of volunteers who organized a social distancing-compliant version of the annual flag garden.

Witnesses told officers they saw the burning flag thrown onto the wagon around 7:10 p.m.

Officers responded and stopped Daniel Lucey, 40, who told them he had committed the act as a form of protest.

“Officers noted that the suspect was in possession of several other flags which appeared to be similar to the ones which are planted in front of the Soldiers and Sailors Monument over Memorial Day weekend to commemorate the Massachusetts service members who have given their lives in defense of the United States of America,” police wrote in a statement. “While speaking to the officers, the suspect then proceeded to spit at one of them.”

Lucey is accused of spitting at one of the officers.

Editor’s Note: Photo Not Related To This Story