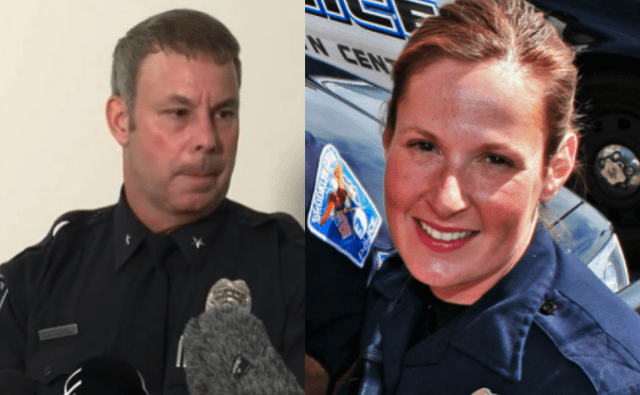 The Minnesota Bureau of Criminal Apprehension identified Potter late Monday as the officer seen in released body-camera footage firing a single round at Wright. Gannon said he made the call to release the footage and said he believed the officer intended to reach for her Taser, but instead grabbed her handgun, categorizing the incident as an “accidental discharge.”

The bodycam footage showed three police officers gathered near a stopped car that was pulled over for expired registration. Police attempted to arrest Wright for an outstanding warrant, leading to a struggle and his attempt to flee, followed by the fatal shooting.

Brooklyn Center City Manager Curt Boganey was fired on Monday evening, hours after he publicly disagreed with Mayor Mike Elliott’s assertion that Potter should be immediately fired without affording her due process rights, Law Officer reported.

Violence erupted in hotspots across the country following the shooting.

Minnesota State Patrol Col. Matt Langer said law enforcement officials made attempts to talk with protest leaders about figuring how to peacefully disperse the crowds, but “unfortunately, those efforts weren’t successful … so … [we] stood and protected that (police) building.”

The roughly 40 arrests were made at the Brooklyn Center Police Department protest, Langer said. He added that people were arrested for violations including breaching curfew and rioting, according to Fox News.

Looters also broke into several businesses at a strip mall near the police station, including a Dollar Tree store, according to reports.

Earlier, police put up a fence and concrete barricades around the building’s perimeter. It was surrounded by local officers, as well as, Minnesota National Guard and Minnesota State Patrol, the Star Tribune reported.

Amelia Huffman, the Minneapolis Police Department’s deputy chief for professional standards, said 13 people were also arrested in Minneapolis amid the demonstrations — four for burglaries, two were suspects in shots-fired incidents, six were for curfew violations, and one was on an outstanding warrant.

Huffman added that five businesses were burglarized in Minneapolis during the unrest.