The officer will be crucified for her mistake, but we have a 'systemic non-compliance' problem in the country 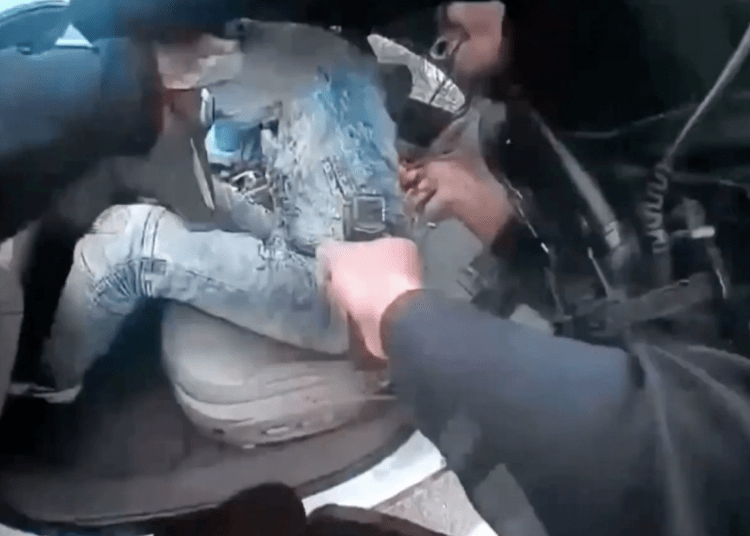 BROOKLYN CENTER, Minn. — The combative black man who was killed during a detention in Minnesota was fatally shot by an officer who mistook her gun for a Taser, police said Monday, as they released bodycam footage of the incident, showing the officer screaming, “Taser! Taser!”

Brooklyn Center Police Chief Tim Gannon said Daunte Wright died as a result of “an accidental discharge” by the officer, who has been placed on administrative leave, Law Officer reported.

Police bodycam footage shows the officer yelling “Taser! Taser!” as others struggled with Wright in his car, according to the New York Post.

The video shows Wright stepping out of his car, then leaping back behind the wheel and driving off.

The officer was not immediately identified but Gannon described her as a “very senior” member of the force.

“Let me be very clear,” Brooklyn Center Mayor Mike Elliott said Monday. “My position is that we cannot afford to make mistakes that lead to the loss of life of other people in our profession.”

“So, I do fully support releasing the officer of her duties,” Elliott said.

But asked whether she should be terminated, the chief would only say that she has a right to “due process.”

“I think we can look at the video and ascertain whether or not she will return,” he told reporters.

Gannon said he was unaware whether a weapon was found in Wright’s car and said officers initially pulled him over for an expired registration, the Post reported.

“There’s no gun that I was made aware of,” Gannon said. “It appeared to me in the video that the individual was trying to get back into his car to leave.”

The Minnesota Bureau of Criminal Apprehension is handling the investigation into Wright’s death.

What has been omitted from coverage of this tragic story is Wright’s non-compliance. While the officer involved in the shooting will likely suffer severe consequences, Wright would still be alive had he chosen to comply with authorities.

Nevertheless, looting and rioting has begun, Law Officer reported. Yet while the protesters and rioters scream for justice, which they will undoubtedly get, responsible people should also discuss the “systemic non-compliance” problem we have in the country, which forces unnecessary split second decisions by police. The vast majority of them turn out fine. However, human error will never be eliminated as long as “humans” are in the equation.

Finally, there is no cop in America — regardless of race — who wants to be involved in a shooting with a black suspect in today’s atmosphere, regardless of justification. To think that Brooklyn Center Police intentionally murdered an unarmed black man due to systemic racism, etc. is beyond any reasonable logic. So please stop with the rhetoric, it’s counterproductive.

The Brooklyn Center police officer who was involved in the fatal shooting has reportedly been identified as 26-year veteran Kimberly Potter.

Potter acquired her Minnesota police officer’s license in 1995 and the age of 22 and began working for the Brooklyn Center Police Department shortly after, according to state records reviewed by the newspaper.

During her career, she has served on the department’s negotiation team, the report said.