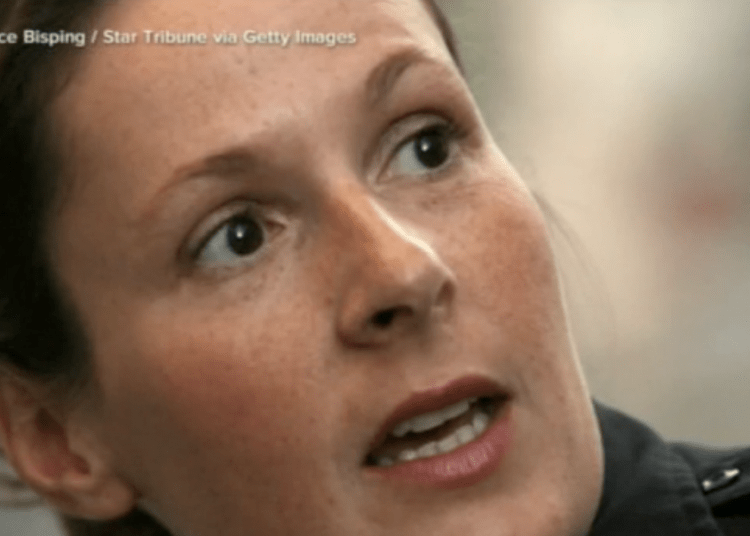 WASHINGTON COUNTY, Minn. — former Brooklyn Center police officer Kimberly A. Potter has been arrested and charged by The Washington County Attorney’s Office with second-degree manslaughter in the shooting death on Sunday of Daunte Wright. The charge carries a maximum penalty of 10 years in prison and a $20,000 fine, StarTribune reported.

This marks the third time that a U.S. law enforcement officer will face criminal charges for killing someone in what they claim or what appears to be a mix-up between a firearm and a Taser, according to the news organization.

Hennepin County Attorney Mike Freeman referred the case to Orput under a practice adopted last year among metro area county attorney’s offices for deadly police shootings. It calls for the county attorney in the jurisdiction where the shooting took place to refer the case to one of the other counties, or the state Attorney General’s Office, to avoid the appearance of a conflict of interest.

Potter, 48, joined the Brooklyn Center Police Department in 1995 at the age of 22. She was placed on standard administrative leave following the shooting. However, she and Chief Tim Gannon resigned Tuesday, Law Officer reported.

Potter was training a new officer on Sunday at about 2 p.m. when she and two officers stopped a car near N. 63rd and Orchard avenues in Brooklyn Center. Chief Gannon told media that officers stopped Wright’s car because it had an expired tag. When they subsequently checked his name they discovered an active arrest warrant related to attempted armed robbery.

Wright, 20, and another man had been charged with first-degree attempted aggravated robbery in December 2019 for allegedly trying to steal $820 from a woman at gunpoint, Law Officer reported.

Wright was later arrested in the case and released on $100,000 bail. However, he violated his bail conditions in July when he failed to stay in touch with his court monitor.

Hennepin County District Court records show the warrant was issued April 2 for Wright after he failed to make his first court appearance on a case filed in March of carrying a pistol without a permit, a gross misdemeanor, and fleeing police, a misdemeanor, StarTribune reported.

In bodycam footage released by the Brooklyn Center Police Department, Wright is seen getting out of his car during the stop and standing near the open driver’s door as one of the officers pulls out handcuffs. A few moments later, Wright starts to struggle with the officers and gets back into his car. Potter shouts “Taser!” three times before firing a single round, then says “Holy shit. I just shot him.”

With Wright in the driver’s seat, the car pulls away. The car crashed a short distance away when it hit another vehicle. Wright died at the scene. The Hennepin County Medical Examiner’s Office said Wright died of a gunshot wound to the chest and labeled his death a homicide.

Two police units guarded the driveway behind fortified fences marked with signs reading “Caution: Lasers in Use.” Her street is lined with “No Parking” signs and blocked to nonresidential traffic. Motorists entering the area are greeted by a buzzing cellphone alert from local police to “expect protest activity in your neighborhood over the next few days.”

According to the Tribune, Potter is being represented by attorney Earl Gray.