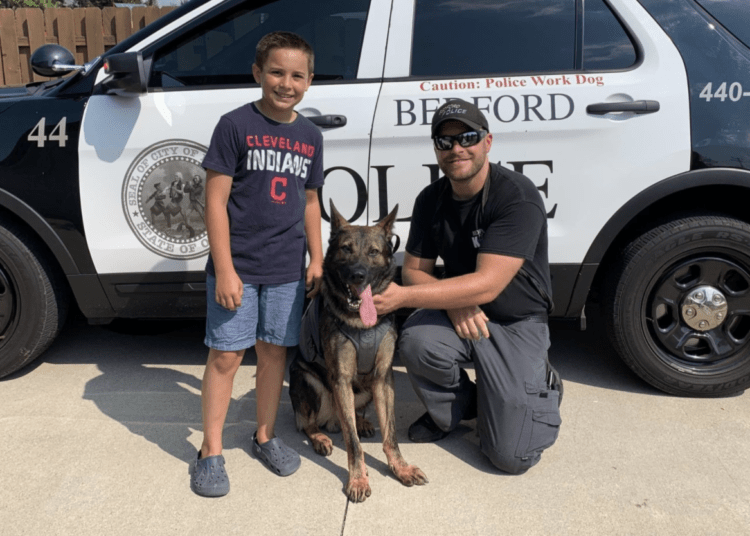 BEDFORD, Ohio — A Cleveland area boy is being applauded for his efforts to help police K9s across the region.

Brady Snakovsky, 10, is the force behind Brady’s K9 Fund, which raises money to get body armor that is bullet and stab-resistant, for police service dogs (PSD). To date, the boy has raised enough money to purchase 256 vests, including one for K9 Luca in Bedford, ABC10 reported.

Last week, K9 Luca and Officer Dave Kempski brought Brady to the department to personally thank him for his efforts. Among the gifts they gave him was a Bedford Police Department t-shirt with Luca’s picture on the back, and the agency even posted a photo of the event with the PSD sporting his new lightweight gear.

“We can’t thank Brady enough for what he has done for us and every other K9 he has vested,” the department wrote.

Earlier today Chief Stemple, Ptlm. Kempski and K9 Luca thanked Brady Snakovsky for his recent donation of a bullet and…